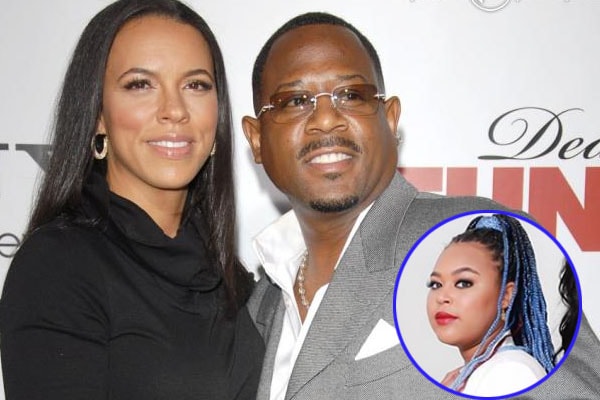 The American stand-up comedian, Martin Lawrence‘s daughter Amara Trinity Lawrence was born on August 20, 2002. She is the second daughter of Martin Lawrence with his ex-wife, Shamicka Lawrence aka Shamicka Gibbs with whom he had been in a relationship for over 14 years. The couple ended their relationship pretty quickly but still, they remain a family publicly.

Amara usually stays out of media limelight. At teens, she has set her own world in music and education despite running to the media spotlight. Her mother, Shamicka had once shared a video of Amara singing an emotional song during her graduation day which took us by surprise. It looks like Lawrence’s family has brought up a great singer into their family and we can’t wait to see her grow up as a talented singer. Maybe she could be a great singer for the next generations with her zeal and family’s support. It looks like, Amara has a great future ahead.

Amara has got a wonderful gift which possibly could be a completely different direction than her parents. Her mother Shamicka took to her Instagram uploading the video of Amara singing with the great. She taught guitar by herself and Sounds great!!!

Amara Trinity Lawrence has also got her own Instagram account but doesn’t seem to be that much active.

The 16-year-old Amara is the youngest daughter of Martin and his ex-wife, Shamicka Gibbs. Even though her parents have split up, the family doesn’t seem to have a breakdown. Rather on every occasion, they support each other. Being born among a talented family, Amara is growing up healthy and beautiful. Amara doesn’t make much public appearance but she has attended some movie premiers and award ceremonies with her father including her half-sister James Page Lawrence.

Amara Trinity’s mother is a chef and she has her own line of meal service. In the past, she was diagnosed with an immune disorder, cancer. It was life-threatening for her family. However, at present, she has progressed a lot and shares some amazing pictures with Amara Trinity. As of her father, Martin, he is now engaged to his long-time girlfriend, Nurse Roberta Moradfar.

The name Amara means “grace or bitter”. Its origin is from the Greek. Trinity is of Latin origin meaning “three in one”.