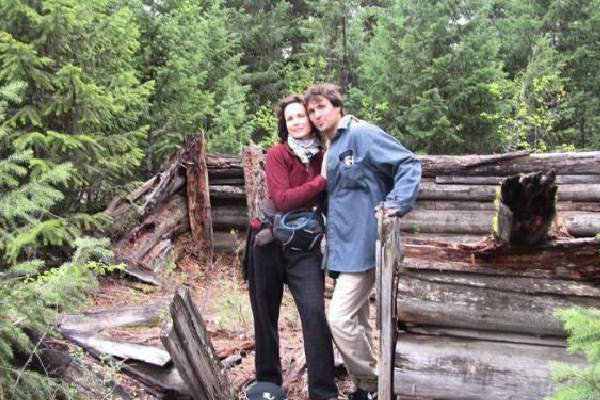 In the 1990s, a few names made an uproar in the entertainment industry. Andie MacDowell was one such name. She was chosen as one of the 50 most beautiful people in the world by People Magazine in 1991. Andie started as a model who successfully transitioned into an actress and is still reigning.

Apart from her career as an established actress, she is also a mother of three; Justin Qualley, Rainey Qualley, and Sarah Margaret Qualley. This article will discuss everything we know about Andie MacDowell’s son, Justin. If you are curious about who he is dating or his whereabouts, keep reading until the end.

Changed Her Mother’s Life In A Positive Way

Justin was born in August 1986 to his mother, Andie MacDowell, and Paul Qualley. Unfortunately, Justin Qualley’s parents divorced in September 2000, and after that, his mother tied the knot with Rhett DeCamp Hartzog in November 2001, eventually divorcing in October 2004. Furthermore, he grew up with his two younger sisters, Rainey Qualley and Margaret Qualley.

When Andie MacDowell’s son was born, she was 28 and was on the brink of her big break. She was not planning on having children and did not even know Paul then. But over time, the former couple grew together and ended up having two more children. Nonetheless, it all seems to have been worth it for Justin Qualley’s mother. She once revealed that she had a lot of courage to have him; after she had him, he made her feel even safer.

Andie MacDowell’s baby boy comes from an entertainment household. Justin Qualley’s father, Paul Qualley, is a rancher and former model. His mother is one of the most famous American actresses who has modeled for Calvin Klein and has been a spokeswoman for L’Oreal since 1986. Likewise, his two younger siblings, Rainey and Margaret, follow the same path as their mother.

Talking about Justin Qualley’s sisters, Margaret is an actress nominated for Emmy twice. His other sibling Rainey is also an actress plus a singer who was Miss Golden Globe in 2012. She made her musical debut under the name of Rainsford and has released 9 music videos.

Unfortunately, it remains a mystery whether Andie MacDowell’s baby boy is interested in acting, as he has been living a very low-profile life. While everyone has made their mark in Hollywood in his family and is continuing to upgrade it, Justin has kept his career choice well hidden.

Justin is famous for his affiliation with his star mother, Andie MacDowell. However, as mentioned earlier, he has managed to keep himself away from media scrutiny. But his mother loves to share and express her feelings on social media.

All thanks to her posts, we learned that Andie MacDowell’s baby boy is happily committed to Nicolette Selensky from Montana. According to her Instagram bio, Justin Qualley’s partner is a certified speech pathologist. Even with the few crumbs of the couple’s pictures together, we can tell that the new parents are ecstatic and content in each other’s company.

Additionally, in June of 2022, his mom shared a loving picture of her son Justin with his wife Nicolette, announcing their pregnancy. The veteran actress was overjoyed to become a grandmother. She penned a long, heartfelt note mentioning how she is eager to meet her grandchild. Also, in the same post, she revealed the gender of the baby, and it’s a girl.

From the looks of it, it was pretty clear how excited the new soon-to-be parents were. Nonetheless, we wish Justin and his other half, Nicolette, a lifetime of togetherness and happiness. Hopefully, Qualley will reveal more about him in the coming days.

Justin is a masculine given name of Latin origin, meaning “just, fair, or righteous.”