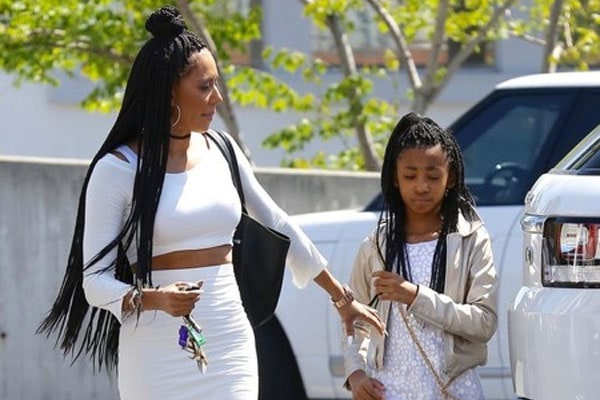 The comedian Eddie Murphy started dating Mel B, his baby mama in 2006, but before their daughter was born, the pair had already broken up. The cute Angel has got the last name of both of her parents, Murphy, from her father’s side and Brown from her mother’s side.

When Eddie Murphy’s daughter Angel Iris was born, the “Dr. Dolittle” actor denied that he was the father. He stated that only after the blood test comes in then, can he confirm whether Angel is his daughter or not.

And ultimately, the DNA test confirmed that Mel B’s daughter Angel Iris Murphy Brown is also the daughter of Eddie Murphy. In a brutal legal battle, Eddie Murphy agreed to pay $45117.90 (£35,000) a month as child support until Angel reaches 18.

Not just that. Mel B’s ex-husband Stephen Belafonte in a court stated that Eddie Murphy was not interested in having a relationship with daughter Angel Iris. Stephen further added that Angel has been calling him “dad” since she started to talk.

But later, a photo of Eddie Murphy, along with his daughter Angel Iris emerged. Eddie can be seen hugging his daughter, Angel Iris. Well, it just proves that Mel B’s ex-husband, Stephen was just talking rubbish. Mel B also claimed that he was physically abusive towards her when they were together.

Plus, when Mel B was pregnant with her daughter Angel Iris she faced a lot of backlashes. She stated that people called her a gold-digger.

Angel Iris’ Parents Have No Hard Feelings For Each Other

While Angel’s mom was recovering from emergency surgery, she was in good hands. She lived with her dad in Los Angeles, according to Us Weekly. The father-daughter duo spent lots of time together and had a great bonding and connection.

After everything that happened between Angel’s parents in the past, they came to good terms and also have no hard feelings for each other at the moment. Mel B also gushed, saying that he’s such a loving, caring, and respectful person on Steve Harvey’s talk show.

As we all know, Eddie Murphy has got 14 children. She has two sisters named Madison Brown and Phoenix Chi Gulzar, from her momma’s side. As from her father’s side, she has over 10+ siblings. Eddie Murphy’s daughters Shayne Murphy and Bria Murphy are some of the famous half-sisters of the cute Angel Iris.

Thankfully, Eddie Murphy’s daughter is very close to her half-siblings. She also had a great time with them at Christmas 2018. Her half-sister, Bria Murphy, posted a photo of Eddie with all of his children.

Well, we can say that Angel is very fortunate to have such loving and caring half-siblings. So, in a nutshell, she has a close relationship with her half-siblings.