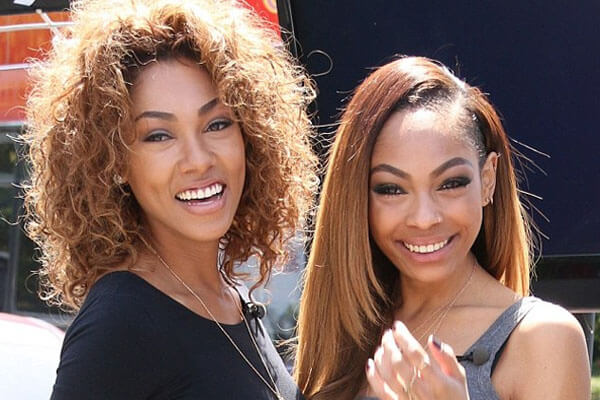 Daughters of Eddie Murphy have grown up to be super hot models. Shayne Murphy and her sister Bria Murphy are getting popular for their bikini photoshoots.  They don’t leave any chance to show off their sizzling sensual bodies on Instagram too.

Bria Murphy and Shayne Murphy are two of Eddie Murphy’s daughter with ex-wife Nicole Murphy. Eddie Murphy is a renowned American comedian and an actor. He married Nicole Murphy in 1993, and after 13 years of married life, they got a divorce and parted ways.

Eddie Murphy’s daughters have surely inherited the charm of their comedic father and looks of their hot mother. Bria Murphy and Shayne Murphy are two of Eddie’s fourteen children.

Both the sisters had a lingerie photoshoot. The intent behind the photoshoot was to pitch the photos to Victoria’s Secret. Both the bikini-clad girls looked exceptional than ever, and their bodies seemed just flawless.

Bria Murphy is an emerging model to the scene. Although she is famous for being the daughter of Eddie Murphy, she is also an actress. She is also a good artist, some of her childhood drawings were present in the 2003 movie Daddy Day Care. She made her mark by modeling for “Dark and Lovely,” a hair color brand.

The model Bria is also a tattoo person. She has got a beautiful work of art on her back. Like Eddie Murphy’s baby girl, Corey Taylor’s new girlfriend Alica Dove also has got many tattoos inked on her body.

Like her elder sister Bria, Shayne Murphy is also a model. Going through her Instagram, we can presume that she loves visiting exotic places and flaunt her hot body.

Both of the sisters have a very nice relationship with their father, Eddie. The father-daughter duo can often be seen hanging out with one another.

Bria Murphy: The name Bria has got different meaning which means strong, noble and virtuous.