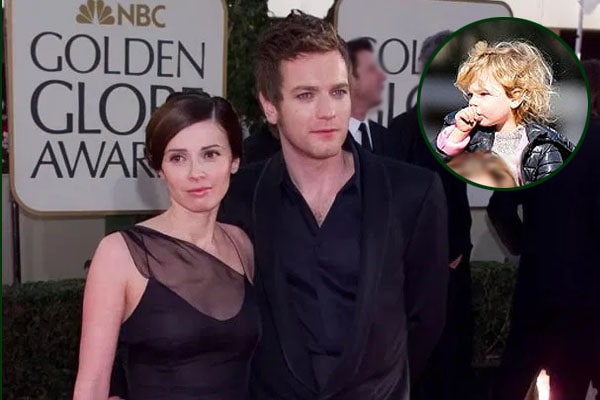 Ewan McGregor‘s daughter Anouk McGregor was born in the year 2011. OBE actor Ewan adopted Anouk together with his estranged wife Eve Mavrakis. Anouk McGregor’s parents, McGregor and Eve, exchanged their wedding vows back in 1995. More than two decades after their marriage the two got divorced in the year 2018.

Anouk has three other siblings, one of them is adopted just like her, named Jamyan McGregor. Including Jamyan, she has two elder sisters named Esther Rose McGregor and Clara Mathilde McGregor, with Clara being the eldest.

Is An Adopted Child

Ewan McGregor’s daughter Anouk McGregor is the youngest member of her family. OBE actor together with his ex-wife Eve adopted Anouk in 2011. Anouk was also born in the same year that is in January 2011.

The former pair is popular for adoption as they had adopted Jamyan McGregor in April of 2006. Jamyan was born in the month of June 2001, the same year her sister Esther Rose was born.

Parents’ Marriage Ended In A Divorce

Doctor Sleep actor, Ewan McGregor and his wife Eve Mavrakis were once a famous Hollywood couple. Mentioned as earlier, the ex-couple tied the knot on the 22nd of July 1995. Unfortunately, their decade-long marriage came to an end, and the exes got separated in October 2017, later got divorced in 2018.

Anouk McGregor’s parents’ divorce was the headline for the entire media and the fan community. The reason behind the divorce was that McGregor had an extra-marital affair with his Fargo co-star Mary Elizabeth Winstead. However, Anouk’s eldest sister Clara didn’t seem to like the bonding and lashed out at Winstead, calling her a piece of trash on Instagram.

The model also once seemingly joked about her father suggesting that she keeps her mother away from her boyfriends saying,

“Nah I keep her away from a**hole men who leave my goddess of a mother :).”

However, everything seems fine between the father and daughter as she told that she is extremely close to her father and no matter what the bond will never break apart.

Anouk McGregor is the youngest among her three siblings’ sisters. They all seem very close to each other and have quite a bond among themselves. Reportedly, Anouk McGregor’s sisters Clara and Esther revealed themselves as bisexual.

As of December 2019, all her elder sisters are grown-ups and have stepped their foot in their professional careers life. With Clara being the eldest, she is a professional model and has done several photoshoots for the Playboy magazine. Not only that but Anouk’s sister Esther seems to follow on her elder sister’s modeling career.

Nevertheless, the 8-year-old Anouk is too young to even think about her professional life and is completing her early education in school. Not much has been revealed of her schooling but who knows she might follow on her parents’ footsteps in the days to come.

Clara, an actress with 66.8k followers on Instagram, posted pictures of herself and the baby with a caption, “Welcome to the world, little brother.” She further congratulated her father, Ewon, and his girlfriend, Mary, and exclaimed that the newborn’s arrival was the greatest gift. ”

Likewise, Esther Rose also welcomed her baby brother through her Instagram post. As it appears, the youngest of the McGregor family will be loved immensely. Thus, let’s hope to hear more of him in the future.