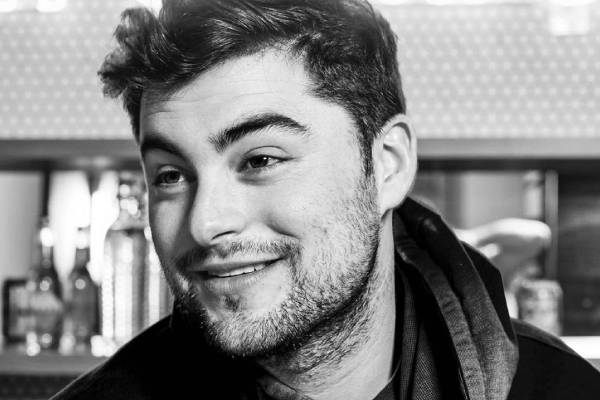 There are several business people who have made a good name for themselves. One of them is Tony Ressler, born Antony P. Ressler, the co-founder of Apollo Global Management and Ares Management. Likewise, he is also the controlling owner of the Atlanta Hawks. The business tycoon has a staggering net worth of $6.2 billion.

That being said about his professional career, Tony is a proud father of three boys, whom he shares with his wife, Jami Gertz. The long-time couple has raised their kids with immense love and care, and they all seem to be doing well in their lives. So, without further ado, let’s learn some interesting facts about Antony Ressler’s son, Oliver Jordan Ressler, and see what he is doing these days.

The Oldest Of The Ressler Clan

Antony Ressler’s child, Oliver, is his eldest kid with his spouse. He arrived on May 6, 1992. Furthermore, he grew up in Los Angeles, California, with his baby brothers, Nicholas Simon Ressler and Theo Ressler. As the eldest child, he surely had responsibilities to look after his younger siblings, and he must have been a great big brother.

Oliver Jordan Ressler’s parents have been enjoying a blissful conjugal life for several decades. The pair met in 1986, dated for some time, and eventually walked down the aisle on June 16, 1989. In all these years of blissful marriage, Jami and Antony are still going strong. They must have worked really hard to provide the Ressler boys with a better childhood.

Shares His Alma Mater With His Dad And Brothers

The Washington-born billionaire earned a BSFS from Georgetown University‘s School of Foreign Service. Likewise, Antony Ressler’s son, Oliver Jordan, also shares the same alma mater with him and his other boys.

After graduating high school, Oliver attended Georgetown University – Walsh School of Foreign Service. In 2014, he graduated with a Bachelor of Science in International Relations and Affairs.

Has Started His Own Business Ventures

After graduating in 2014, Antony Ressler’s son began working as an analyst at Bank of America Merrill Lynch. He worked there until April 2016 before starting his own business venture the same year. Oliver co-founded The Press Shop, a fast-casual restaurant in Greenwich Village. Two years later, he left the job and began serving as an associate at Courtside Ventures. It is an early-stage Venture Capital fund investing in sports technology, sports, and their markets.

Moreover, since June 2015, the Georgetown graduate has been on the Board of Advisors of the Atlanta Hawks. He is also the Vice-Chairman of the Atlanta Hawks Foundation. The average salary of an Associate level position is $63,228 annually. Thus, Oliver must be doing well professionally and must be earning generously. So, it can be assumed that Oliver Jordan Ressler’s net worth must be a substantial amount. On the other hand, his mom and dad have a fortune worth $3 billion each.

Is Oliver Ressler Dating Anyone?

The Courtside Venture’s associate and his siblings came into the limelight from a very young age due to their father and mother’s fame as they are famous investor and actress, respectively. However, Oliver seems to have mastered the art of keeping things secret. His Instagram is private, and his Facebook posts do not hint about his love life. So, Oliver Jordan Ressler’s girlfriend remains a mystery.

Moreover, Antony Ressler’s son has neither spoken nor talked about his love life in the media. So, could it be the eldest among the Ressler siblings is single? Nonetheless, let’s hope Oliver shares about his romantic affairs in the coming days.

All in all, Oliver Jordan must be achieving well in his professional career and living a content life. Away from the media scrutiny, he must be doing well. Let’s hope he continues to make a better name for himself and makes his parents even prouder.

The name Oliver is derived from Old Norse, meaning “ancestor’s descendants.” Likewise, the name Jordan originated from the Hebrew language, and it means “flowing down.”