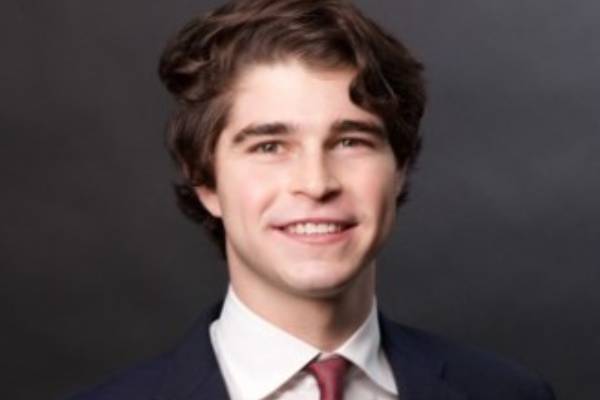 Antony P. Ressler, best known as Tony Ressler, is one of the prominent figures in the business world. The co-founder of Apollo Global Management and Ares Management, private equity firms, Ressler is also the controlling and majority owner of the Atlanta Hawks. He has established himself as one of the most successful business tycoons.

Talking about his personal life, the Washington-born businessman shares three children with his lovely wife, Jami Gertz, a well-known actress and investor. The kids too have come into the limelight because of Antony and Jami, and many people might be curious to know about them. So, take a look at the article below consisting of facts about Antony Ressler’s son, Theo Ressler.

The Youngest Of The Ressler Clan

Theo was born in 1998 as the youngest child of Antony and Jami. Theo Ressler’s siblings, Oliver Jordan Ressler and Nicholas Simon Ressler, were born on May 6, 1992, and February 17, 1995, respectively. He must have grown up having a wonderful time with his brothers.

Theo Ressler’s parents, Antony and Jami, have been sharing blissful marital life since June 16, 1989. The pair met in 1986 and dated for a while, and are still going strong. Theo’s mom and dad must have worked really hard to provide him and his siblings with a better childhood.

Went To The Same University As His Dad

The Atlanta Hawks owner attended Georgetown University‘s School of Foreign Service and graduated with a BSFS. Furthermore, Antony Ressler’s son also went to the same university as him. Not only that, but Theo’s brothers too went to the same college.

From 2013 to 2017, Theo attended Campbell Hall School. Then, he enrolled at Georgetown University Walsh School of Foreign Service in 2017. He graduated in 2021 with a Bachelor of Science in Global Business. While studying there, in 2019, he went to Pontificia Universidad Católica Argentina ‘Santa Maria de los Buenos Aires’ and studied International Relations and Affairs.

The Georgetown graduate’s dad has made a good name for himself in the banking and investment firm. Now, he too has followed in his father’s footsteps in the banking field. From June 2019 to August 2019, he interned as the Rotational Summer Analyst at Ares Management Corporation.

Then, in June 2020, Antony Ressler’s son interned at Moelis & Company as an Investment Banking Summer Analyst. A year later, he landed a full-time job in the company in same position. He must be doing well professionally, and let’s hope he gains more success just like his dad. Thus, Theo Ressler’s net worth must be a hefty sum. Speaking of fortune, his parents’ net worth is estimated to be $3 billion each.

Antony Ressler’s son must be living a wonderful life with his siblings. Hopefully, he will come at ease to open up about his dating status in the near future. We hope Theo continues living a content life ahead.

The gender-neutral name Theo is of Greek origin, and it means God’s gift.