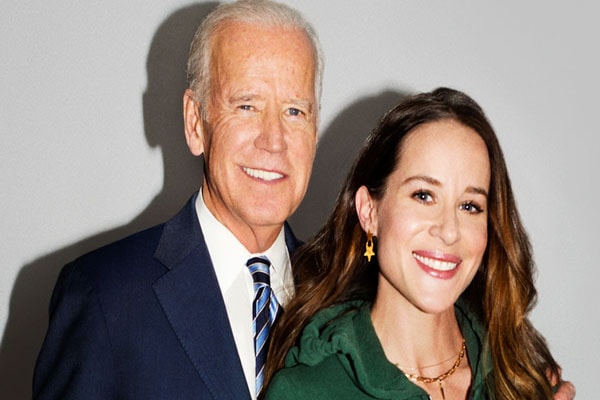 Joe Biden‘s daughter Ashley Biden was born on June 8, 1981, in Wilmington, United States. She was born to Joe Biden’s current wife, Jill Biden, who has been married since 1977.

Ashley has three half-siblings named Robert Hunter Biden, Late Joseph Robinette “Beau” Biden III, and Late Naomi Biden. She is the only child Joe had with his second wife. Ashley is 37 years old, and she married her husband Howard Krein in 2012.

Ashley’s family has been involved in politics for a long time. Her father has served the USA as their vice president for eight years, and as recent news goes, there is still possible that he might enter the presidential Campaign run for 2020. Since Ashley is the daughter of the political leader, Joe Biden, you’d expect whether she would take a political step or not. Without a doubt, it seems as Ashley has equally given her importance to set her goal for the upcoming election issues.

Right from the beginning of her career,  Ashley has tried her best to follow her father’s legacy. In several campaigns, she would accompany her father, and through her work, she contributes a large number of impoverished people. She claimed that she was influenced by how her father treats his people no matter their circumstances. Recently, Ashley resigned from the Delaware Centre for Justice. She hasn’t revealed anything about her next job, but it looks like she will be there to support her father, Joe Biden, in his presidential candidacy. 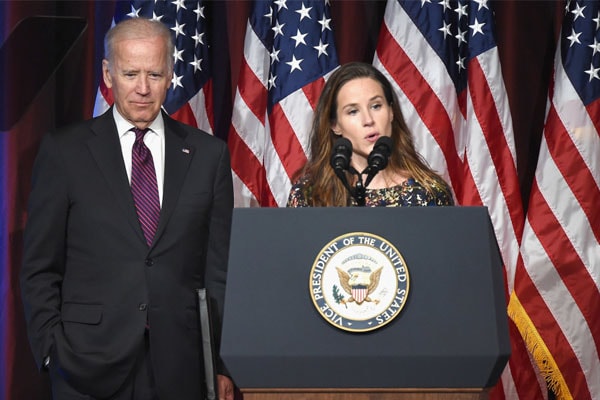 Joe Biden’s daughter Ashley Biden will support him till the end. Image Source-AOL.com

Ashley Is A Fashion Designer

Besides Ashley’s interest in Politics, she already has her recognition in the fashion industry. Her fashion collection is known by Livelihood, which focuses on ethical things, and with the invested fun, she serves it for sustainable change in impoverished communities. With her goals to serve the needy people, she had worked in the Delaware Child Welfare Agency as executive director to help children and adults who have been impacted by the Criminal Justice System.

Ashley is one of the successful and iconic people who has contributed to many people through her service and fashion project. Her father expressed his tribute to his daughter when he appeared on New York Fashion Week.

Ashley Is Proud Of Her Father’s Win

Aforementioned, Joe Biden’s daughter, Ashely, had prioritized the election and is currently proud of her father, Joe Biden, who is currently declared a President-elect with the most votes cast for a presidential ticket in history.

Furthermore, papa Biden will be inaugurated as the 46th President on January 2021 and his mate, the first South Asian American, Kamala Harris. Former President Barack Obama and other remarkable celebrities and democrats congratulated Joe on his victory while Donald Trump has made his way to the court claiming fraud during the election. Well, what would anyone expect except some outlandish allegations?

The name Ashley is an Old English derivation, and it means ash meadow.