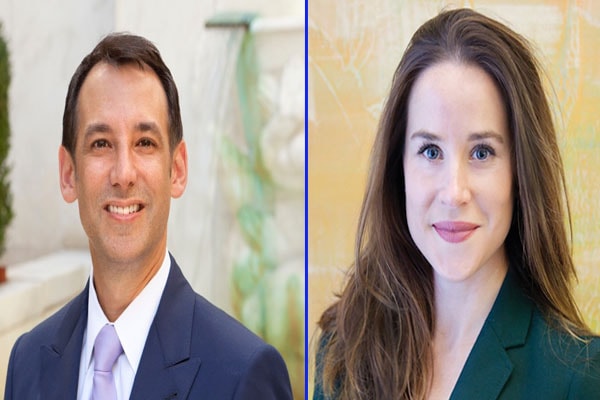 Joe Biden‘s daughter Ashley Biden‘s husband, Dr. Howard Krein is an Otolaryngology, head and neck surgeon. He is a certified Facial Plastic and Reconstructive Surgeon at Thomas Jefferson University Hospital. He is also considered to be an amazing professor who has earned a Ph.D. degree in biology.

Dr.Howard got married to Joe Biden’s youngest daughter Ashley Biden in 2012. Up to now, they don’t have any children together. His wife, Ashley Biden, recently resigned from her job and is currently on a presidential campaign run to support her father, Joe Biden.

Dr.Howard Krein is a Plastic Surgeon. Besides being a surgeon, he is also a Facial and reconstructive surgery professor at Thomas Jefferson University. He is also the CMO at StartUp Health, where he inspires and educates entrepreneurs to build wellness companies regarding Health facilities.

Dr.Howard and his wife, Ashley, maybe one of the busiest couples. Individually they have their own determination and goals to achieve. There is rarely any glimpse where you can find them together on vacations and events. The couple prefers a low profile when it comes to publicity. As of now, he lives in Philadelphia with his wife, Ashley.

Howard’s family has been involved in Hospital jobs for a long time. Howard Krein’s mother is a physician assistant in cardiology at Cooper University Hospital. And his father was a director of marketing in Mount Laurel for U.S. Healthcare.

Howard Krein Is A Wonderful Physician

Ashley’s husband, Dr. Howard isn’t only known for his success in the profession, but he is also considered a warm-hearted person. He spends several weeks each year to consult underprivileged children around the world. He also volunteers his services to soldiers and victims.

During his local mission in Belize, he arranged the operation of a tumor of a young boy free of cost. One of his patients claimed that one of the best things about being in the hospital was having Dr.Howard as a doctor.

Since Howard Krein’s father-in-law, Joe Biden has been declared the President-elect, who will be inaugurated as the 46th president in January 2021. He is humbled by the trust Americans have put in him and his mate, Vice-president-elect Kamala Harris. Therefore, we can expect good things happening in the US while Howard, along with millions of Americans, supports him in the coming days.