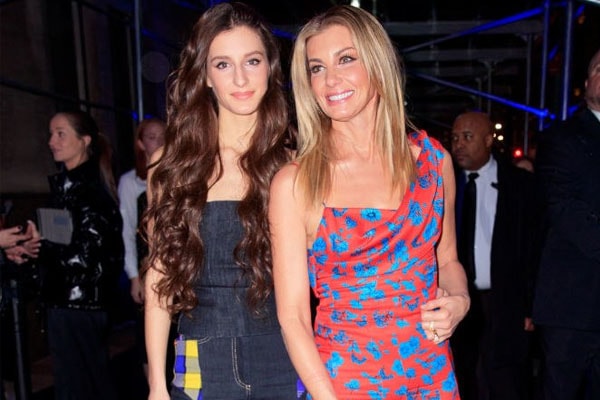 Born to parents who are both successful country artists, Audrey is blessed with an amazing vocal too. She also has two sisters; Gracie Katherine McGraw and Maggie Elizabeth McGraw. Audrey is a high school senior and will be a graduate in no time!

Faith Hill and Tim McGraw’s daughter Audrey is the youngest in the household. The McGraw is a family adept with singers. Though Audrey’s parents have made quite a name for themselves, and are more often than not, exposed to the public eye, they have made sure to protect their daughters from such scrutiny. Thus, not much is known about Audrey’s present state.

In 2014, Audrey sang ‘Travelin’ soldier’ by The Dixie Chicks during her father’s tour to Rogers, Ark. Audrey’s absolutely beautiful voice totally did stun her father’s audience.

At the time, she was only 12! The youngest McGraw surely wouldn’t disappoint if she makes a career in the music industry.

As mentioned before, Faith Hill and Tim McGraw’s daughter, Audrey was born on December 6, 2001. Audrey was born 8 weeks early and is the couple’s third girl. She has a difference of 4 years with her oldest sibling, Gracie McGraw,  and 3 years with her other sister, Maggie McGraw. On her 17th birthday, dad Tim had uploaded a beautiful and heartwarming post on his Instagram page. Also, he wrote that she was his precious jewel and loved her beyond measure.

Audrey’s mother Faith also makes sure to post about her daughters now and then. She frequently posts throwback pictures of her daughters which are equally adorable and cute! Even though Tim McGraw and his wife, Faith Hill, often post about their daughters in their Instagram, Audrey hasn’t yet created an account herself.

It would be a dream for any 17-year-old teenage to bask in the public attention, but Tim McGraw’s daughter, Audrey, seems to prefer a more private and ordinary life.

Audrey is an old English name which means  “noble strength.”

For more News on your favorite celebrities and Entertainment, do make sure to follow us on follow eCelebrityMirror.