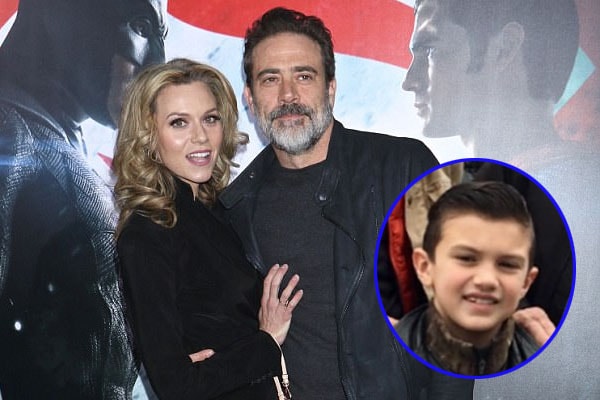 Actor Jeffrey Dean Morgan and actress Hilarie Burton are blessed with two adorable children. They are so in love with their children and they constantly share cute pictures of their son and daughter.

Augustus is the son of a fictional superhero, Jeffrey Dean Morgan aka Edward Blake in the movie Watchmen. We can say for sure that Jeffrey is a hero in reality as well. Every dad is a superhero to their children, and so is Jeffrey to his son Augustus.

The photos of Jeffrey Dean Morgan with his son Augustus which we can find in Jeffrey’s social media depicts the fact that the father and son have a special relationship with each other. From attending football matches to relaxing day on the beach, they can be seen together having a fun time. Just looking at their pictures anyone would wish to have such good bonding. The father and son surely know how to melt their fans heart.

Jeffrey Dean Morgan’s son Augustus is into so many things. He loves drawing, painting, and even farming and gardening. Augustus’ mother Hilarie is his gardening partner. She gets to spend quality time with his son Augustus while he also learns to do something productive at the same time. Hilarie is such a smart mother!

Augustus is a name for a boy which has a Latin origin. The meaning of the name Augustus is magnificent or great.