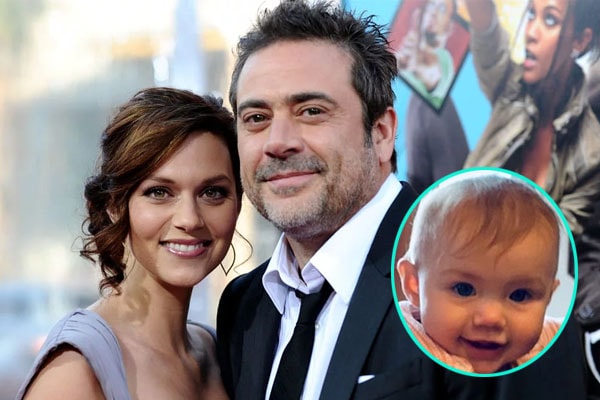 The Hollywood actors Jeffrey and Hilarie are delighted to have their daughter George in their life. Not only the couple but their son Augustus is also excited to have his baby sister. The baby girl is as adorable as her brother Augustus. Anyone who comes across her picture will surely fall in love with her.

Actress Hilarie Burton shared the first picture of their daughter George Virginia on her Instagram with a long caption. She mentioned that she and Jeffrey waited for long to have their second child. She has ended the caption by leaving an emotional note that her daughter would restore hope in people who are struggling to have children.

The Watchmen star Jeffrey Dean Morgan’s daughter George Virginia has truly blessed the lives of her parents. No wonder she is a miracle in their lives. Time and again the couple shares adorable pictures of themselves enjoying their time with their children George Virginia and Augustus. They are so in love with their daughter, and obviously, the fans are also in love with her.

Actors Jeffrey Dean Morgan and Hilarie Burton are one influential couple to those people who are going through hard times wanting to have children. As stated by Hilarie on her Instagram, fertility is a fickle thing. They did not hesitate to share their emotional breakdown and how they came over. They have their daughter George Virginia as their testament and the world is the witness.

The name George has its root from the Greek word ‘georgos’ which means a farmer or earth worker. Likewise, Virginia is a name derived from the Latin word Viginius. It means spring or flourishing.