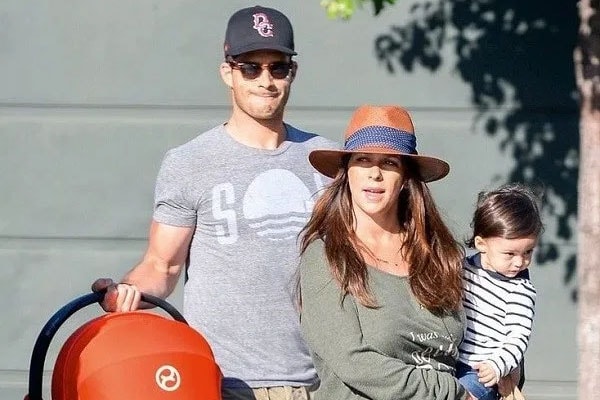 Brian Hallisay‘s daughter Autumn James Hallisay was born on the 26th of November 2013. Brian had Autumn together with his wife Jennifer Love Hewitt. The romantic couple tied their wedding knot back in 2013 and the two are together ever since.

Autumn is not the only child of her parents. She has a younger sibling brother named Atticus James Hallisay. As of November 2019, Atticus is 4 years of age. Also, the two have the same middle name and it is too adorable.

As mentioned earlier, Brian Hallisay’s daughter Autumn James Hallisay was born on November 26, 2013. Brian along with his lovely wife Jennifer Love welcomed their daughter with immense happiness. The absolutely adorable couple were thrilled to announce the birth of their first child.

After announcing the birth of Autumn, the rumors about the two discreetly tying the knot came forward. The lovely duo got engaged on their vacation to Europe. The two had also got married the same year secretly.

Actress Jennifer had shared a very cute and funny story about her only daughter, Autumn imitating her. The cute child would apparently go around the house saying “911, mmhm, what is your problem?” The hilarious imitation would make everyone around her lose their minds laughing. The actress herself told her that it was too much attitude for an emergency situation and has a good laugh seeing her daughter imitate herself.

The 6-years-old Autumn seems to be her mommy’s best friend and a go-to girl. The mother and daughter duo at times are spotted shopping and the pair look absolutely gorgeous together.

Prior to Autumn’s birth, her mother Jennifer had talked about how she thinks she will be a good wife and how she loves to give out her love to someone great waiting for her. Lucky for her, as she fell in love with a great person, that is Autumn’s daddy Brian Hallisay.

Autumn is a girl’s name of Latin origin meaning “fall.” Whereas her middle name James is a universal name of Hebrew origin meaning “supplanter.” Supplanter provides the meaning of the one who follows.