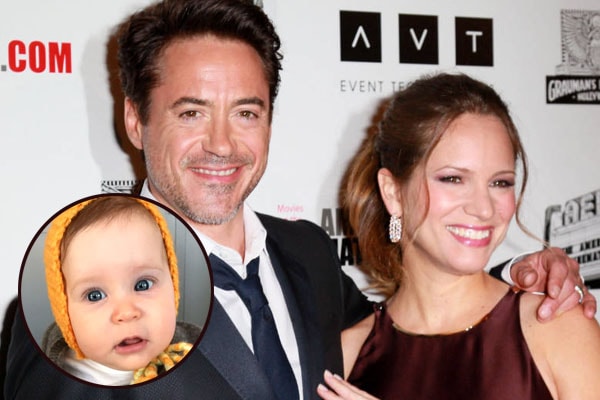 Robert Downey Jr.’s daughter Avri Roel Downey was born on the 4th of November, 2014. During the time of birth, the cute Avri weighed in 7 pounds and was measured 20 inches. The Iron Man actor Robert had his daughter Avri Roel with his lovely wife, Susan Downey.

Avri Roel is not the only child of Robert and Susan; she has got an elder brother named Exton Elias Downey. Alongside that, Avri also has got an older half-brother named Indio Falconer Downey, Robert Downey Jr.’s son with ex-wife Deborah Falconer.

We all know how much of a big star Robert Downey is, and being the daughter of such superstar is really something. Well, the 4-year-old Avri Roel Downey is too young to comprehend that, but when she grows up, she will realise it. As for the time being, Rober Downey Jr.’s daughter Avri Roel Downey is busy in her small baby world.

As far as it goes, both Robert and Susan avoid their children to come to media limelight. Robert usually tends not to upload the photo of his cute daughter. But at times when is attending a television show while promoting his movies, he shows a glimpse of his lovely daughter to remind people how adorable and cute she is. While attending LivekellyandRyan show, Avri Roel’s father Robert Downey shared an endearing video of her.

All the people were busy commenting on how cute and adorable RDJ’s daughter is. And in other instance, Robert shared a lovely photo of Avri in the Jimmy Kimmel show. In the photo, we can see Avri holding on to an Iron Man gauntlet. So we can see that Avri Roel has taken the side of her father and is Team Iron Man.

The name Avri is a variation of Avery and female short form of Avraham which means “Father of many nations.”

As for the name Roel, it is a Dutch name. But for Avri Roel, Ro stands for the starting name of RDJ’s father Robert Downey Sr., and Susan Downey’s mother Rosanne T. Levin. And the ending letters of Roel ‘el’, it stand for RDJ’s mother Elsie Ford and Susan’s father, Eliot Levin.