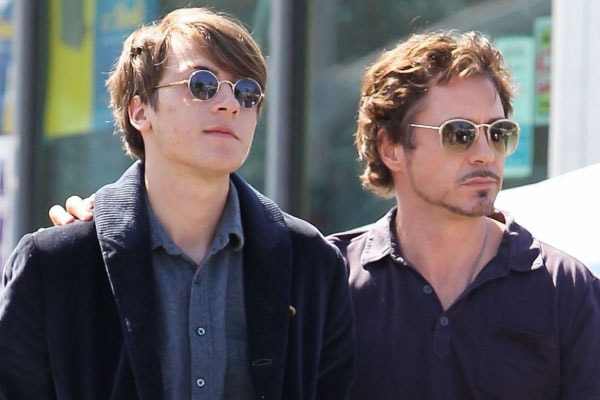 The Iron Man actor, Robert Downey Jr.’s son Indio Falconer Downey, was born on the 7th of September, 1993. Indio is the firstborn of Robert. RDJ had Indio with his ex-wife Deborah Falconer.

The phrase “like father like son” suits perfectly well for the father-son duo of Robert Downey Jr. and Indio Falconer Downey. Like Robert, Indio also has got his fair share of trouble with drugs. In June of 2014, Robert Downey Jr.’s son Indio was arrested on suspicion of drug paraphernalia and cocaine possession. For which, later on, he pleaded guilty. Indio was apparently seen using a pipe to smoke cocaine.

After spending a night in jail, Indio was later on released after paying a bail of $10,250. Robert Downey was grateful to the Sheriff’s department for the intervention and believed that Indio could be another recovery success story rather than a cautionary tale.

Many know the Sherlock Holmes star RDJ also had his days with drugs where he spent three years in prison for that. For the time, it looks like the 24-year-old Indio is doing great with his sobriety and coping well with his drug addiction. Robert posted a status on his social media stating how he his proud of his firstborn.

Despite being the child of one of the top known stars around the world, Indio Falconer Downey decided to do something on his own. Rather than following the footsteps of his father, Indo changed his course on becoming a musician.

At first, he was the band member of “The Seems” But because of his problems with drugs, he couldn’t grasp the opportunity and make the best of it. At the moment Robert Downey Jr.’s son Indio Falconer Downey is the member of “The Dose.” He is the guitarist and vocalist, and his friend Ralph Alexander is the drummer and bassist of the rock band. The Dose has released a number of singles which includes Shadows Close Behind, Cold Hands, and Adore.

The name Indio is of Spanish origin which means Indian. Indio is also the name of a city in California.