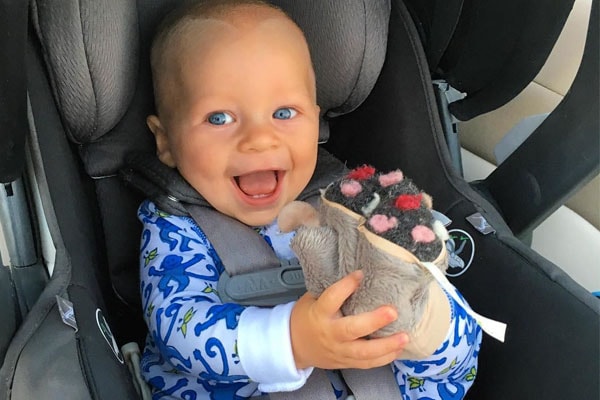 The proud parents, Seth Meyers and Alexi Ashe, walked down the aisle on September 1, 2013, on Martha’s Vineyard. The lovebirds not just share a beautiful relationship but two adorable children- Ashe Olsen Meyers and Axel Strahl Meyers.

Youngest Son of the Meyers-Ashe Family

The eight months old baby boy, Axel, is not the only son of proud parents, Seth Meyers and Alexi Ashe, and is the younger brother of adorable two years old, Ashe Olsen Meyers. Despite being just two older than the young Axel plays the role of a devoted and caring brother profoundly.

The Late Night with Seth Meyers host, announced he and his wife were expecting their second child on his show in November. Eventually, the soulmates welcomed his second born baby boy with a drama and regaled the audience with an amazing story of his birth. The newborn son, Axel, couldn’t wait for his parents to arrive at the hospital to make his debut. The youngest baby boy welcomed their second son on the floor of their Manhattan apartment lobby.

In a touching segment on his NBC show, Seth explains the unusual circumstances of Axel’s birth. In addition to congratulating the couple on the social media, people couldn’t help but marvel at the birth story. Besides that, the proud father of two young boys, Seth, thanked the New York Police Department and his neighbours. Seth thanked them for arriving after the baby and helping the parents to cut the cord and put towels in the dryer to keep Axel warm.

The lovely name Axel is a French, German, Dutch and Scandinavian masculine name. The name is derived from the Hebrew and the meaning of the name is “the father of peace”.

The usual name Strahl is actually a surname and belongs to Alexi ‘s someone special. The middle name of Seth Meyers’ youngest son honours Alexi’s grandparents, who met in a hospital in Austria the day after liberating from a concentration camp. Furthermore, the grandparents were both Holocaust survivors.