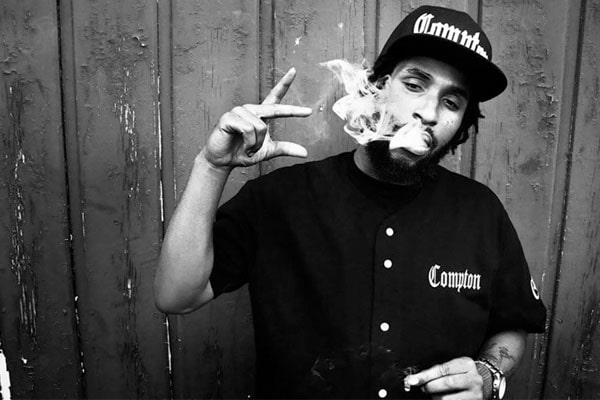 Derrek Wright aka Baby Eazy-E is one of the sons of the late rapper Eazy-E.  He is the rap artist who has given multiple hit record labels including Top Shelf Wreckords and II TIGHT MUSIC. Also, rapper Eazy-E’s son has produced famous albums including Genesis, West Coast Drive-Thru.

Baby Eazy-E(E3) is even a member of the rap group called Compton MoneyGang. Not only that but the artist has also given multiple hit songs like Straight Outta Compton (G-House Remix), See Me, and Don’t Do Me This Way to the hip-hop community.

Baby Eazy-E Continued The Legacy Of What His Father Started

As for sure, Eazy-E’s son Baby Eazy-E has followed in his footsteps and continued his father’s genre that is hip-hop and rap. Mentioned as before, the artist has multiple hit albums in his name including West Coast Drive-Thru and Genesis.

Not only him but his sibling brother, Lil Eazy-E is also in the rap business supporting each other at all costs. Looks like the two brothers have a long run to continue their father’s legacy together rather than being rivals.

Produces Music On His Own And Has A YouTube Channel

Coming straight out of Compton California, Baby Eazy-E seems dedicated to his profession in the rap business. E3 grew up in the rap game since his early age, appearing at the front and center in the Only If You Want It music video along with his father. Just at the age of 8, he got involved in music, after the passing of his father.

Eazy-E’s son Baby Eazy-E has a YouTube channel titled by his own name that is Baby Eazy E Wright. There, he produces and releases his melodious songs and music like Ruthless Minds, Real Zaggin By My Side and much more.

Certainly, Eazy-E (E3) took time to grow as an artist and as of now he is going hard continuing the legacy his father started.

Well, if Eazy-E was still alive, he would have been a proud grandfather. Nevertheless, the name of E3’s baby mama is yet to be revealed.

Derrek is a male name of German origin providing the meaning of “gifted ruler.”