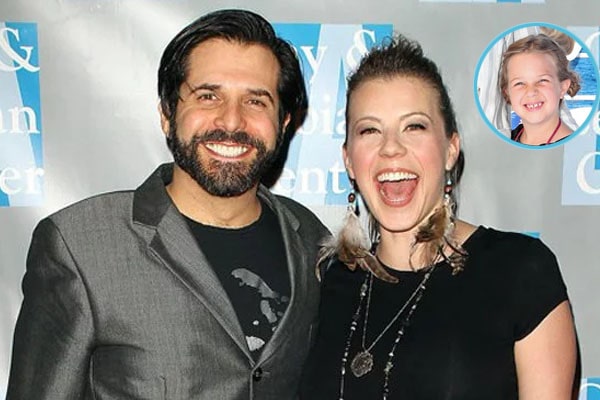 Beatrix Carlin Sweetin-Coyle, the daughter of Full House actress Jodie Sweetin and DJ/musician Morty Coyle, was born on August 31, 2010. Jodie Sweetin’s daughter Beatrix is not the only child in the family as she has an older half-sister named Zoie Laurel May Herpin. The Sweetin-Coyle couple got married back in 2012. However, they got divorced in 2016. Since then, they have been co-parenting Beatrix.

Has Lovely Relationship With Her Mother

Jodie and her baby girl Beatrix share a lovely mom-daughter relationship. The adorable duo spends a lot of time together watching movies and going on trips.

The lovely Beatrix is very close to her mother and spends a lot of time with her. Mother Jodie shares a lot of pictures with her daughter Beatrix on her Instagram.

Even after the separation of Beatrix’s parents, Jodie and Morty, there doesn’t seem to be any separation in love between them. Little Beatrix and her daddy Morty even has an Instagram account solely dedicated to their singing moments. It feels so great to see such a lovely bond.

Beatrix Carlin Sweetin-Coyle is the absolute rockstar of her father. Morty cares a lot about his daughter and shares a father-daughter rocker duo relationship.

The cute Beatrix has an older sister named Zoie Laurel May Herpin. As her father was the third husband of her mother, Jodie, her half-older sister is from her mother’s second ex-husband Cody Herpin.

We can see that Beatrix is very close to her elder sister and enjoys her company. Both of the daughters are very close to their mother and spend a lot of time together.

The Mix of The Beatles And George Carlin

Whenever a baby is born, parents keep dwelling upon new names until a name gets finalized. When baby Beatrix was born, her father Morty kept doodling upon the possible names. Being a fan of The Beatles and comedian George Carlin, the name got finally decided. The ‘Beat’ is from The Beatles, and the middle name ‘Carlin’ got added to it.

We can see how the name has influenced Beatrix as we can see her jamming songs with her father. Maybe she will follow her father’s footsteps in the future. We wish her all the good luck for her well-being and the upcoming beautiful future.

The name Beatrix is said to be a derived form of Viatrix, which is a feminine form of Viator of Latin origin, meaning traveler.