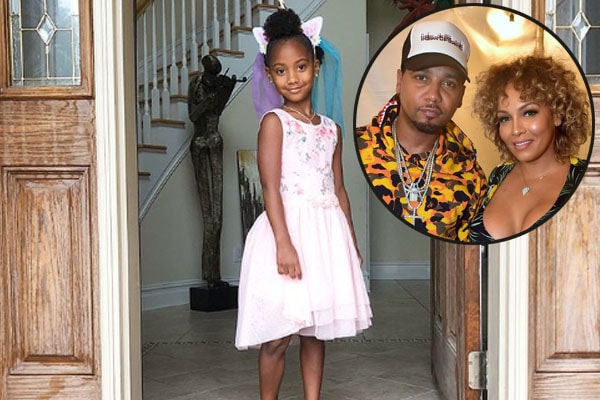 Rapper Juelz Santana‘s daughter Bella Monroe James was born on the 21st of July, 2012. During the time of the birth, little Bella weighed in at 7 pounds 3 ounces. Juelz had his daughter with his baby mama Kimbella Vanderhee.

Bella Monroe James is the only daughter and youngest child of Juelz and Kimbella. She has got an older brother named Juelz Santana James. Alongside that, Bella also has got two elder half-brothers, LaRon Louis James, Jr., Juelz Santana’s son with ex-partner Brhea Phoenix and Leonardo, Kimbella’s son from her previous relationship.

Every daughter has got a special bond with her father, and so is the case with Bella. The father-daughter duo of Juelz Santana and Bella Monroe James tend to spend a lot of fun time together. Well, not only we think that Bella is her daddy’s princess, it is Juelz himself who calls his little one princess.

But as the time is passing by, Juelz Santana’s daughter is also growing with it. She has already graduated from kindergarten, and in a couple of years, Bella Monroe James will not be that little anymore. As per some of Juelz’s captioned photos, Bella is a mess at times.

The cute Bella Monroe James is also very close to her mother.

We wonder if Bella Monroe will follow the footsteps of her celebrity parents, or will she do something on her own.

Alongside being close to her parents, Bella is also very close to her big brother Juelz Santana James. Apart from enjoying fun-filled moments together, they also go to school together. And we bet like most of the elder brothers out there, Juelz James also looks out for his little sister whenever she is in trouble.

The name Bella is associated with the Latin and Italian word for beautiful. Bella is also related to the name Belle which also means beautiful in French.

As for the name Monroe, it is of Gaelic and Scottish origin which means “mouth of the river Rotha in Ireland”.