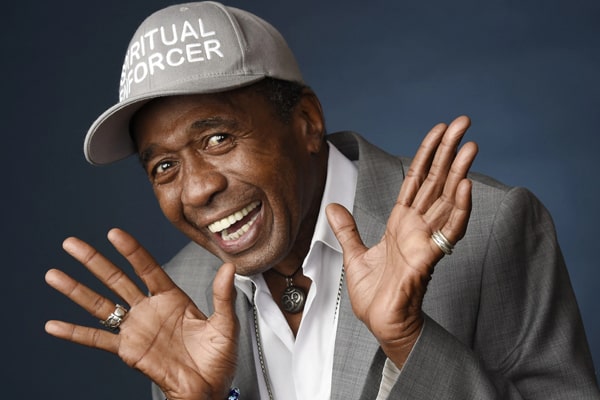 Born Benjamin Augustus Vereen, Ben is an American actor, dancer, and singer. Gaining popularity from his performances in the original Broadway productions of the musicals, Jesus Christ Superstar, he went on to do several blockbuster movies and receive numerous awards, including Tony Awards.

The fame from varieties of contributions in the entertainment industry allowed Benjamin to live a comfortable life as a father and a loving husband. Today, we shall shed some light on Ben Vereen as a father and his children.

Pippin star, Ben Vereen, was married twice and welcomed five children with two women altogether. Previously, he was married to Andrea Townsley from February 1965 to 21 August 1974.  Throughout their marriage, the former pair welcomed their first child, Benjamin Vereen Jr.

Each one of Vereen’s children managed to make a name for themselves with sheer hard work and dedication. Furthermore, they chose different paths from their father, and most of them were involved in artistry.

The Eldest Of Five Died In August 2020

John Green was always on point when he stated that perhaps the world is not a wish-granting factory. No father wishes to witness their children’s death, but Roots actor, Ben Vereen’s fate was sealed.

Vereen’s eldest son, Benjamin Vereen Jr., died at the age of 55 in August 2020. The 73-year-old father, Ben, released a statement confirming Ben Jr.’s death. He affectionately remembers him as ‘Benji’ and praises him as a dancer and choreographer with an extraordinary artistic talent. He concluded his statement taking the public for loving his son and promising to hold him in his heart forever.

Benjamin Vereen’s son, Ben Jr., had been missing since July 27. The veteran actor, Ben, requested to mourn a tremendous loss in private. Thus, no details concerning the cause of the nature of Ben Vereen Jr.’s death are published.

Although Ben Jr. passed away soon, he will always be present within Vereen’s family. More power to the mourning family.

Ben Lost His Daughter, Naja In An Accident

Well, the veteran actor, Ben Vereen, is no stranger to tragedy as he lost not one but two children. He had lost his sixteen years old daughter, Naja Vereen, in 1987.

Ben Vereen’s daughter, Naja, was killed when a minivan driven by her mother was crushed by a tractor toppled on a highway ramp. It took three and a half hours to recover Naja’s body from the remains of the van.

Aforementioned, Ben Vereen’s children chose different paths from his father though they are related in one way or another. Nancy and Ben Vereen’s daughter, Karon Vereen, co-founded Underground Museum with husband, Noah Davis. She graduated from the University of South Carolina in Cinematic Arts.

The unique idea of the underground museum made them successful, but it came with a struggle. However, their hard work paid off, and today, they talk about their jobs in leading magazines.

Unlike Karon, her sister, Kabara and Malaika Vereen are leading a private life. While Kabara is present on social media, audiences are limited, Malaika is totally off the internet. However, Ben Vereen, as a loving grandfather, updates about his grandkid’s whereabouts.

The name Benjamin means Son of my right hand and has Hebrew origin.

Karon has a Scandinavian origin, which means pure. Likewise, Malaika means angel and has African origin. Similarly, Naja means to escape and has an Arabic origin.