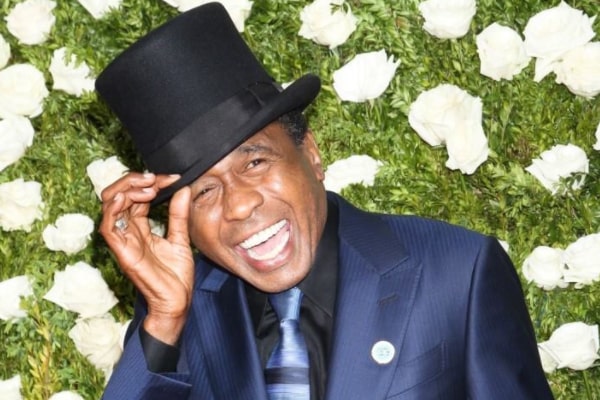 Ben Vereen is an extraordinary entertainer who has been in Hollywood since 1965 appearing in several movies and series, including Sweet Charity, Idlewild, Khumba, Bull, Tales, etc. Vereen has managed to earn several nominations and a Tony Award.

Besides being a successful actor and singer, Ben Vereen is also a proud father from two failed marriages. Today, we will be talking about  Ben Vereen’s ex-wife, Nancy Bruner, and her whereabouts. Furthermore, it might get interesting if you did not know Bruner’s ex-husband was publicly announced as a bigamist. Thus, stick to the end.

Ben Vereen’s Ex-Wife Was A Dancer and Actor

Piping star, Ben Vereen, is a phenomenal actor and a great secret keeper. But his ex-wife, Nancy Bruner Vereen, is as good as him when it comes to keeping secret. The former ballet dancer, Nancy Bruner, stayed out of the public’s eyes most of her life.

Unfortunately, Vereen’s ex-wife, Nancy Bruner Vereen, passed away on January 29, 2020, at 74. Nancy, the proud ballet dancer, was a kind woman who loved her children with all her heart and soul.

There is an entry in the Legacy and a comment about how sweet and helpful Nancy was. Let’s hope Nancy is happy and robust with energy wherever she is.

Aforementioned, Nancy is a beautiful woman married to one of the greatest actors who faced several allegations of sexual harassment, Ben Vereen,

The former pair were married for more than three decades since 1976. Furthermore, the marriage ended with four daughters and a divorce in 2012. Aforementioned, Ben loves to keep his life private, and so did his ex-wife, Nancy. Thus, there are no details about their romance. However, they made several appearances on events together.

Throughout the decades-long marriage, Ben and Nancy welcomed, Naja Vereen, Karon Vereen, Kabara Vereen, and Malaika Vereen. Sadly, the pair lost their daughter, Naja, in a tragic accident in 1987. She was only sixteen.

Vereen’s daughter, Naja, was killed when a minivan driven by Nancy was crushed by a highway ramp tractor. Grievously, Nancy’s precious daughter was pronounced dead at the scene while she was uninjured.

Nancy also had a stepson from her husband, Ben’s previous marriage, with Andrea Townsley. The former couple had a son named Benjamin Vereen Jr. Well, Ben experienced a lot of tragic events and lost two of his children. Most recently, he lost his oldest son, Ben Jr., in August 2020. The entire Vereen family grieved his loss while 73-year-old veteran actor, Ben had a difficult job of confirming his son’s death.

Unfortunately, not all marriages last forever, and when it comes to a tragic event such as a loss of a child, the emotional imbalance causes a strain in a relationship.

However, Ben Vereen’s ex-wife, Nancy, managed to hold her pain and raised four more girls with Ben. Sadly, the pair separated after thirty-six years of marriage when Ben filed for divorce citing irreconcilable differences in 2012. According to TMZ, Ben confirmed the couple parted ways in March.

Furthermore, the Broadway legend, Ben did not think he should pay for spousal support nor child support as their children were adults by the time Mr. and Mrs. Vereen divorced.

Well, Ben was accused of being a Bigamist as his divorce record with his first wife, Andrea disappeared.

The case resurfaced in 2016 and made a big fuss. Furthermore, in some way tarnished the Tony Award winner, Ben’s image. Vereen’s ex-wife, Andrea, confronted that Social Security had no record of their divorce.

One thing led to another, and the media did not hesitate to call out Ben as the bigamist. It turns out Vereen’s first lawyer had not recognized the importance of an old court index. Luckily, Ben’s legal paper’s court number led to the final judgment of divorce for Benjamin Vereen and Andrea Townsley Vereen in 1974.

So, that ended bigamist allegation.

Well, Ben’s second marriage with Nancy was legal 101, and she lived a secluded life from the media. Let’s hope Ben Vereen’s former partner is resting comfortably.