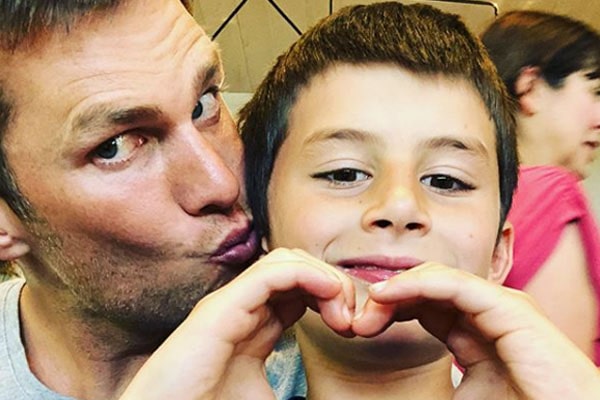 Gisele Bündchen and Tom Brady’s son Benjamin Brady was born on December 8, 2009. He is the couple’s first child together, the second being their daughter, Vivian Lake Brady. NFL quarterback Tom has another son with his ex-girlfriend Bridget Moynahan, named John Edward Thomas Moynahan.

The family of five, including Gisele’s step-son John Edward, currently lives in Brookline, Massachusetts. All of Tom Brady’s children are of school-going age, and Benjamin likely goes to elementary school with his sister and half-brother.

Tom Brady’s Son Benjamin Brady Was Born In A Bathtub

Benjamin, who celebrates his birthday parties in the cold month of December, came to this world on a bathtub. Upon entering labor, supermodel mom Gisele sat on the warm bath, and gracefully welcomed Benjamin, her first child. Or so it goes. As a mother, Gisele wanted to experience the spiritual richness and simplicity of giving birth.

As such, Gisele certainly leans towards a simple life, with a fondness for the traditional ways of doing things. Undoubtedly, Benjamin’s birth has brought joy and tenderness to his parents, Tom and Gisele.

It looks like Benjamin Brady’s parents have got something to worry about their 9-year-old boy. While Tom promotes eating veggies, Benjamin seems to be going against his dad’s principle. At his father’s Super Bowl games, Benjamin’s favorite thing to do is to gobble down junk food to please his little stomach. Actually, he couldn’t care less about the game.

If you tell Benjamin to choose between his father’s team winning and a bag of Doritos, we all know the answer. However, Tom doesn’t seem to be worried much, as he only lets Benjamin eat junk food during game events.

At home, Tom is reportedly strict with the boys, and Gisele has to intervene sometimes to ask Tom to go a little easy on the disciplining!

Benjamin’s father, Tom Brady, recently won the seventh title in Super Bowl 2021 as Tampa Bay Buccaneers defeating the Kansas City Chiefs. We hope he is also learning some sports tricks from his dad, which might help him in his school’s sports.

The name Benjamin is a male person mentioned in the Book of Genesis, which means “Son of the Right Hand.” Its other meaning in Hebrew is “Son of the South.”