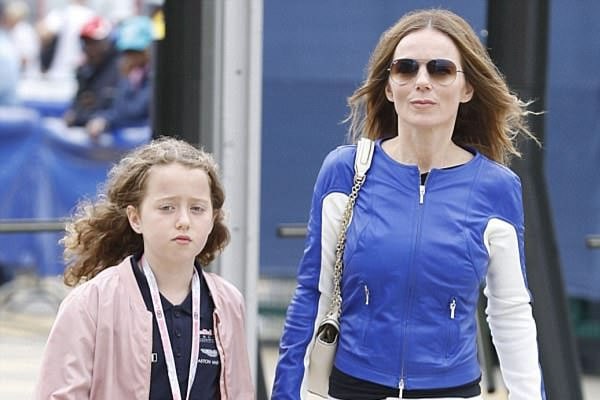 Sacha Gervasi‘s daughter Bluebell Madonna Halliwell was born in the year 2006. Bluebell was born to her parents, Sacha and Geri Halliwell together. The former couple dated for a while and later broke up.

Bluebell has a half-sibling named Montague George Hector Horner, born in the year 2017. Geri had Montague together with her partner Christian Horner.

Bluebell Madonna Halliwell’s mother Geri Halliwell couldn’t be more proud of her daughter. Madonna Halliwell had adopted a new family back in 2017. She seems to have quite a bond with her stepfather Christian Horner and is very happy and even opted to call the Formula One boss as “daddy.”

The mother of two, Geri told,

“I let them find their own way, I never forced anything. They have a really nice bond. She(Bluebell) calls him(Christian) Daddy and that was her choice. It’s a lot for a young girl(Bluebell) but she’s a great kid, smart and funny with a big heart. I’m proud of her.’

Lives With Her Step-Dad And Half-Sibling Brother

Currently, Bluebell lives with her family of four including her biological mother, step-father, and half-brother. She has been living with them for a while and seems quite happy and satisfied. Having no regrets, the 13-year-old girl is enjoying her new family life since 2017.

Moreover, in an interview with Hello! in 2017, her mother Geri revealed that she is keen to have more children and gushed on how she saw her son Monty as the perfect addition to her family. After a whirlwind romance, the couple, Geri and Christian got married in June of 2015.

Furthermore, Bluebell is the only child and daughter of her father, Sacha Gervasi. Sacha is a British journalist and screenwriter best known for winning Spirit Award and Emmy Award.

Bluebell is a female name of English origin providing the meaning of “The bell is blue.” Whereas her middle name Madonna is a feminine name Of Italian origin meaning “my lady.“