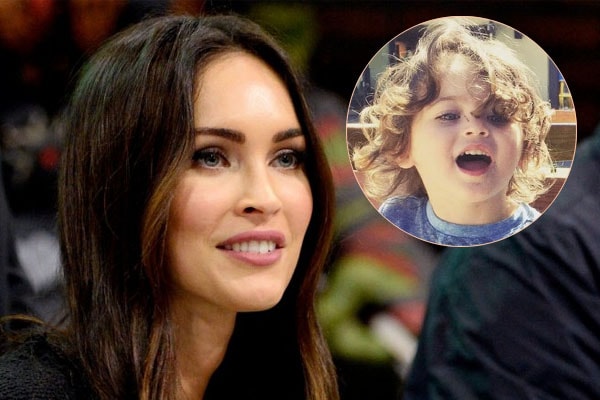 The “Transformers” actress Megan Fox has got three children in total, and all of them are sons. Megan Fox’s son Bodhi Ransom Green is the middle child. The cute Bodhi was born on the 12th of February, 2014 and is said to be one of the most appealing celebrity kids.

Megan Fox’s Son Bodhi, A Mini Version of Hers

Megan’s son Bodhi Ransom Green looks like the mini version of hers. Along with the good genes, he has also inherited her ravishing blue eyes which goes perfectly well with his fair complexion. As we all know how protective many celebrities are when it comes to their babies, well, Megan is one of them. She tends to keep her children away from the media limelight as much as possible.

But for once in a while, Megan lets her fans go in an awe mood by posting photos of her son. In the above photo uploaded on Instagram is Megan Fox’s son Bodhi Ransom Green. Her caption has stated Bodhi as a stunner, clown, and a unicorn. Though Bodhi definitely is a stunner. He looks too adorable while rocking a Nirvana tee.

The 32-year-old actress Megan Fox loves to spend quality time with her family. Despite wanting to keep her sons away from the media Megan Fox’s adorable family can be spotted in different locations.

You can see the actress’ sons even wearing girly clothes, and a lot of people hate that. And many people are happy as Megan is not forcing her gender roles onto her sons.

megan fox not forcing gender roles onto her sons is something I am here to support pic.twitter.com/kJFq17O9rY

Bodhi Ransom Green:
Many people wonder why the name Bodhi. Well, Bodhi is a name inspired by Buddhism religion, and it signifies enlightened or awakened. And looking at Megan Fox’s son Bodhi he surely looks enlightened. As for the middle name ‘Ransom’, it is an English origin word which means “shield’s son.”