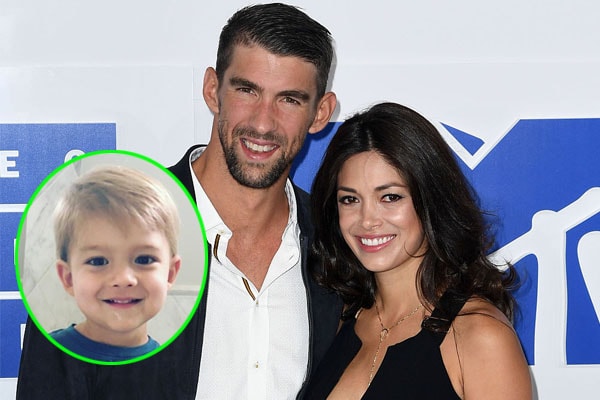 Boomer Robert Phelps, Michael Phelps‘ son with Nicole Johnson, was born on May 5, 2016. Boomer is the first child of Michael and Nicole. The couple welcomed their second child Beckett Richard Phelps on February 12, 2018.

Michael Phelps and Nicole Johnson tied the knot in June 2016. The couple was more than happy to be parents for the first time. Now they are blessed with two cute children.

Boomer Roberts Phelps Following The Footsteps Of His Father

The Olympic gold medalist swimmer Michael Phelps is already preparing his son Boomer to add more gold medals in the collection. Boomer is fond of water and enjoys his time being in the water. Thanks to his swimmer dad Michael who introduced him to the world of water at a very young age.

If  Boomer wishes to pursue a swimming career just like his dad then no worries, he has got his gold medalist dad Michael to groom and lead him throughout the journey. Who knows he might even break the record of his father and challenge him.

The adorable Boomer is already an Instagram star. He has an Instagram account handled by his mother Nicole Johnson which has over seven hundred thousand followers. That’s a huge number of followers for a toddler! Whoever comes across his Instagram account cannot stop scrolling down till they reach the first ever post because he is so adorable no one can ignore him.

The greatest gift Boomer has received from his parents is his baby brother Beckett Richard Phelps. The two brothers can be seen enjoying each others company. Maybe Boomer has plans made up in his mind about what fun activities they will be doing next.

The name Boomer is an American originated name for a boy. It means large or loud. Similarly, Roberts is a British surname which means bright renown.