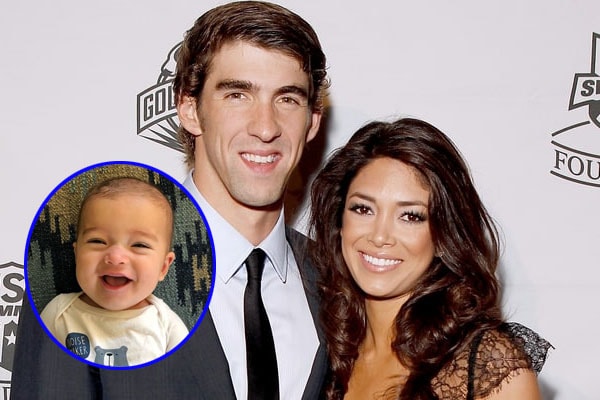 Michael Phelps’ son Beckett Richard Phelps was born on February 12, 2018. Beckett is the second child of Michael Phelps together with his wife, Nicole Johnson. The couple’s eldest child is Boomer Robert Phelps born on May 5, 2016.

Michael Phelps is living a happy life with his gorgeous wife Nicole Johnson and two sons Boomer and Beckett. They are one of the lovely celebrity families.

Michael Phelps and Nicole Johnson’s youngest son Beckett Richard Phelps is as adorable as his brother Boomer Roberts Phelps. The brothers are no less than identical twins when it comes to their looks. It’s all thanks to the couple that they have passed down their beauty trait upon their kids.

Just like his brother Boomer, Beckett is also an Instagram star with over fifty thousand followers. Thanks to Nicole for making Beckett’s Instagram account and blessing our eyes with irresistibly cute pictures of him. It seems like the couple likes to capture every moment of their children as we can see their Instagram almost full of Beckett and Boomer’s pictures. We guess they have even more in the store.

Michael Phelps’ son Beckett is so fortunate to have such loving parents and sibling. He is privileged to be born as the youngest child as he gets everyone’s attention and love. Beckett and Boomer will surely have a great childhood with their parents guarding them. All the fans are waiting to see more of their pictures having fun together.

We wonder if Michael Phelps is planning to pass down his swimming skills over Beckett as he has already brought his eldest son Boomer into the business. Well, time will tell whether Beckett will follow the trail of his dad or make his pathway.