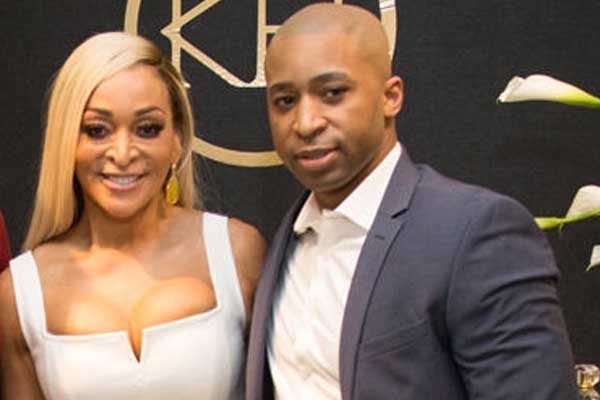 The amazing and gorgeous housewife Karen Huger whom we have all come to love was featured on the first season of the Real Housewives of Potomac. There she was accompanied by her better-half Raymond A Huger along with her two precious kids, Brandon Huger and Rayvin Huger.

Soon, the Huger family became a fan favorite and since their debut have dominated the series. Karen and Raymond are both quite close to their kids and love spending time with them. But did you know Raymond Huger’s son Brandon Huger isn’t his biological son? Yes, that’s true. So, stick with us to know more about Brandon.

In an interview with Bravo Tv, Karen explained that her son Brandon is everything a mother could hope for in a son. Before tieing her knot with Raymond, she was a single mother and knew that her son was her number one priority. She further explained that she knew if she were to marry Raymond, Brandon and she were a package deal.

At the time, she was dating Raymond when they opened up about kids. The pair both agreed that children are a gift that should be treasured. And when Brandon and Ray met, there was an instant father-son connection between the two. At that time, Karen knew she could teach her son many things except one, and that was how to be a man. And when she saw Ray bonding with her son, she knew he would be a perfect father for her child. Now the father-son duo shares a special bond which we are sure they will cherish for the end of time.

People who regularly follow the show know that Karen Huger’s son Brandon Huger is a man of privacy. He lives a comfortable life outside the limelight and the media’s attention. He graduated with a Bachelor’s in Arts degree from Morehouse College and then got his Master’s degree in Professional Studies and Sports Industry Management.

Speaking of his qualifications, Brandon worked as a Business intelligence Consultant at Oracle from January of 2015 to May of 2016. As for now, he is currently working as an Analyst at Accenture.

A Date With Mother Karen

On April 16, 2017, a short video was uploaded by Bravo Tv’s channel on YouTube. There we saw the mother-son duo of Karen and Brandon have a little chat.

Meet one of my joys my son! Tonight @Bravotv 9pm #rhop pic.twitter.com/1W762hFs0n

Karen was quite excited to meet her son as Brandon had been busy for quite some time. As the conversation went on, Karen asked Brandon about his love life and also asked whether he had someone he wants to introduce to mama. Well, he said no and also addressed he wasn’t dating anyone at that time being.

Furthermore, while we all know Raymond A Huger’s son Brandon Huger is a grown-up man, his mother Karen took the liberty of ordering her son’s lunch for him. She was also quick to address that it took her about eleven hours to bring him into this world and two months to get this date. Later the two had a lovely mother-son conversation about dad Raymond.

It’s obvious that Brandon shares a lovely relationship with his parents and half-sister Rayvin. The family of four can often be seen spending some family time together. Likewise, on December 13, 2017, Karen posted a picture of Brandon’s birthday celebration, where he was seen spending time with his parents. Karen mentioned she was proud of her son, and as for his dad, the pictures say it all.

We could clearly see the father-son chemistry in the picture. We can say for sure that Raymond is proud of how his son has grown to become a lovely and brilliant person with such a generous nature.

Karen Huger’s son, Brandon Huger’s name, is derived from a surname and place name based on the Old English meaning hill covered with broom.