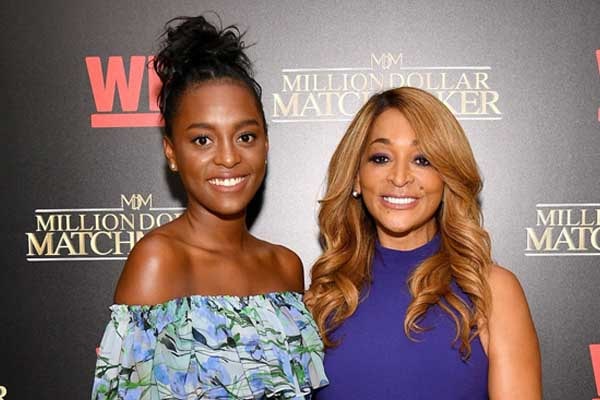 Did you know our favorite housewife Karen Huger from the reality show Real Housewives of Potomac, is a proud mother of two? She, along with her better-half Raymond A Huger often referred to as Ray Raymond, made their first appearance on the very first season of RHOP. There we were also introduced to her son Brandon Huger and daughter Rayvin Huger.

The first season of RHOP showed a mother trying to protect her daughter from bad companies as she was on her way to college. After the first season wrapped up, we didn’t see very much of Raymond A Huger’s daughter Rayvin Huger. Fans seemed quite anxious to know about her, so, today we will find out exactly what happened to her and where she is now. Without further ado, let’s get started with it.

A Desperate Attempt To Protect Daughter

When Karen Huger was first featured on the show, she seemed to be a very sophisticated woman, who is married to a successful businessman. She clearly saw herself at a higher level than all of her co-stars, who were dealing with different issues at the time. Gizelle Bryant, one of the cast members of RHOP, was trying to find a new man while Robyn Dixon was dealing with financial issues. There was one member amongst the cast who just wanted to fit in, Ashley Darby. However, Karen didn’t like how Ashley acted, it wasn’t ‘coz she was threatened by her presence. It was because she didn’t want Ashely anywhere near her younger daughter Rayvin.

Because she was so desperately trying to protect her daughter at the time, Karen recalls the whole situation brought them even closer. Plus, the whole leaving for college thing helped too. Karen also mentioned that her daughter leaving for college was too hard for her. But she began to view Rayvin’s college experience as an opportunity for their relationship to go to the next level.

After departing from her family, she moved to Penn State University and, in 2019, graduated with a Bachelor’s in Arts degree. Whereas she is currently studying at the Fordham Gabelli School of Business and will graduate in August of 2020 with a Master of Science in Marketing Intelligence’s degree.

Furthermore, Karen Huger’s daughter Rayvin Huger also worked as an Executive Assistant to Senior President of Brand Development for seven months in Combs Enterprises. Plus, she has a Leadership Certification from Fordham Gabelli School of Business issued in August of 2019.

Graduation is a big deal as it’s the next big step in life. Likewise, Karen was overjoyed as her daughter graduated from Penn State University in 2019. She sent away her baby and got a young woman back in return. Their bond was stronger than ever, and she was really proud of her daughter. To further more express her joy and pride, she posted a picture of her daughter captioning, her heart was full of mother’s pride. Rayvin is an intelligent, beautiful, inspirational, compassionate young woman, added mother, Karen.

In addition to that, Karen wrote she was blessed to be her child, Rayvin’s mother, she is the light of her life, whom she will always treasure. In the end, she congratulated her daughter on her accomplishment.

A Little Something About Rayvin

It’s no surprise that Raymond A Huger’s daughter Rayvin Huger is a beautiful and brilliant young lady. But did you know she is an equally loving and caring person? She adores spending time with her family and friends. She is also an adventurous girl who loves visiting new places and meeting up with new people. Plus, she is also a great singer, and her biggest fan is her mother, who supports and cheers for her.

When we speak of her relationship with her family, we can clearly see Rayvin shares a lovely bond with her family. She and her mother always try to spend as much quality time together as they can. They often have mother-daughter dates and outings. Sometimes, we can also see father Ray and elder-brother Brandon accompanying the pair.

Moving on, Karen Huger’s daughter Rayvin spends all of her holidays with her family, and oh boy, the family of four have fun. She adores decorating the Christmas tree with her father and brother. While she was small, her father used to pick her up on his shoulders so that she could put the star on top of the tree. Well, she has grown up, but the memory of her childhood will always remain with her.