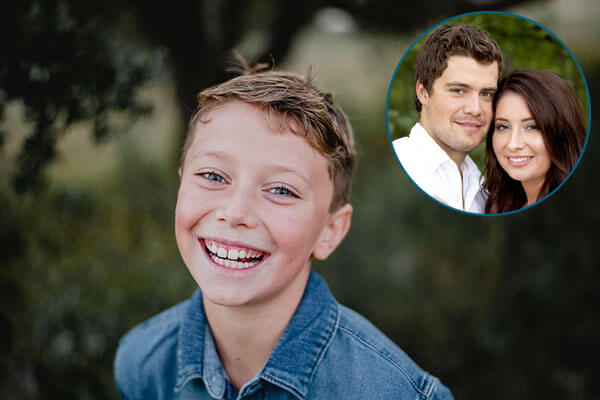 Tripp Easton Mitchell Johnston aka Tripp Palin was born on December 27, 2008. He is Bristol Palin‘s son with her ex-fiance, Levi Johnston. Bristol and Levy broke off their engagement and never married. Further, Tripp is one of Sarah Palin‘s many grandchildren. The US politician, Sarah, has five children with her husband Todd Palin, two of whom are Piper Palin and Trig Palin.

Later, Tripp’s mother Bristol tied the wedding knot with Dakota Meyer in 2016, with whom she has two children: Atlee Bay Meyer, and Sailor Grace Meyer. However, the couple divorced in 2018. The 10-year-old Tripp is famous for appearing in the TV show Dancing with the Stars. He likely goes to elementary school for his education or has already graduated to middle school.

At a young age, Tripp Palin has got a talent for dancing. He recently appeared in the reality TV series, Dancing with the Stars. Such an incredible achievement for a little guy! Tripp’s parents must be proud of their handsome son.

Undoubtedly, Tripp might pursue a career as a professional dancer in the future. Likewise, at the show, Tripp’s partner was the gorgeous Hailey Bills, and his mentor was Jenna Johnson.

Moreover, Tripp Palin’s mother, Bristol, is herself a former contestant of the favorite dance show. Tripp also has an Instagram account. However, it’s his mother that shares adorable pictures on her Instagram. It looks like the boy starts his fifth grade this fall.

The little man’s other hobbies include traveling to Alaska and Texas, where his other family members live. Tripp is genuinely living an adventurous life, and he has a lot coming to him in the future.

The name Tripp is of Middle English origin, which means “to step lightly.” The meaning of Easton is “from East town.” Mitchell derives from Middle English, meaning “big.”