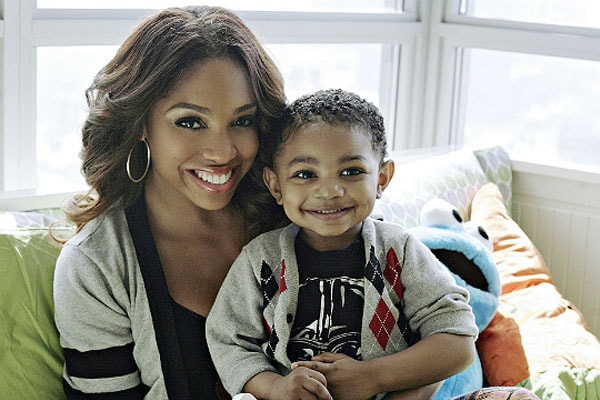 Many fans are still unaware of the fact that singer Brooke Valentine left the spotlight to focus on caring for her son London. The LAHHH star Brooke gave birth to her only son London back in 2010. For some reason, Brooke is yet to reveal the name of her baby father.

Brooke Valentine gained fame after releasing her hit single “Girl Fight.” She, later on, released many mixtapes and also wrote for different artists but one day suddenly she decided to take leave for her son. For the time being, Brooke is engaged to her fiance Marcus Black.

Not many people know that Brooke Valentine is a mother of two. Her son’s name is London, who has got cerebral palsy. Well, cerebral palsy is a congenital disorder of movement, posture, or muscle tone caused due to abnormal brain development. Right after the birth, the little London had multiple numbers of seizures and was flown off to a different hospital for further treatment. Because of cerebral palsy, it was difficult for Brooke Valentine’s son London to grow up like a normal kid. Brooke had to go through a “special needs boot camp.”

Just for her son and his special needs, Brooke Valentine left the spotlight and focus more on her son. Even only by this, we can imagine how much London means to his mother, Brooke. When asked what keeps her going, Brooke responded with London’s smile. Whenever she feels down, it is her little son’s smile that keeps her going on and thriving forward.

Brooke plans on keeping her son away from the spotlight, so she hasn’t uploaded any photos of his on her social media handle. Well, apparently she has one, but that is of the little London’s back with a caption that reads, “your strength inspires me.”

Along with that, you can see the photos of Brooke Valentine’s son London’s image on Brooke’s “Forever” music video as the mother-son duo is the subject matter of the video.

The gorgeous Brooke has written a lovely and emotional letter for her son London. In it, she mentions how he’s the best sidekick and how he helped Brooke to be a better person. According to the letter, it is through London that Brooke Valentine found her real purpose.

Furthermore, London is a big brother to his half-sister, Chi Summer, to whom his mom gave birth in 2020. Just like during his birth, it was high risk for London’s mama while she was giving birth to his half-sibling. She had high blood pressure and her age was another factor. Furthermore, Valentine stayed at hospital while her baby girl went home.

Nonetheless, London is doing well with his mama and half-sister.

The name London is not only the capital city of England, but it also means “Fortress of the moon.”