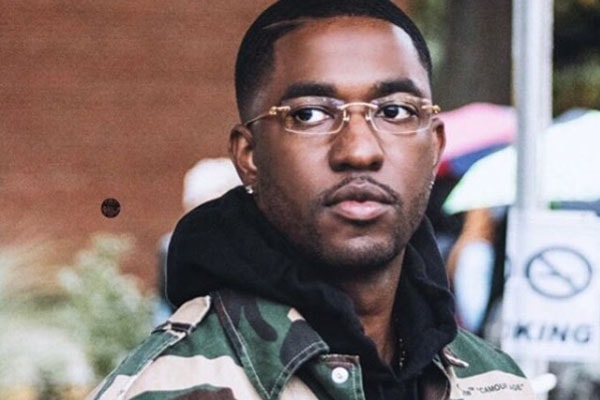 Marcus Black is a LAHHH STAR

LAHHH Star Brooke Valentine‘s boyfriend Marcus Black is a rapper and also a fellow cast member of the Love & Hip Hop: Hollywood. Marcus is also known by his alias Paypa.

Marcus Black was born on the 2nd of September, 1986 in Chicago, Illinois where he spent most of his childhood there. Black has also worked with many big names in the industry including The Game, Justin Bieber and Eric Bellinger.

In 2017, there was a love triangle between Marcus Black; his girlfriend turned fiance Brooke Valentine and her rumored boyfriend Daniel “Booby” Gibson. Daniel is also a part of the LAHHH cast and the guy whom Hazel E’s mother Angela wants Hazel to date with.

It was on the 24th of July, 2018 when Valentine declared that she was engaged with her boyfriend now fiance Marcus Black. Despite the announcement, later it was revealed that Marcus was yet to get on his knees and propose Brooke. But later on, the gorgeous Brooke Valentine booked a priest and a hotel room and after all her relentless hustling Marcus Black finally proposed Brooke.

Brooke Valentine and Marcus Black are so madly in love with one another. According to Marcus, his girlfriend Brooke is love, and the feeling is mutual for both.

Even though Marcus and Broke are engaged, many fans want Brooke to dump her fiance. Over time, many LAHH fans have stated Marcus not being the perfect guy for Brooke as he often flirts with other ladies behind her back. Now only time will let us know whether the pair will end up getting married or not.

Marcus Has Got A Daughter

The LAHHH star Marcus Black’s daughter’s name is Brooklyn Black. Marcus had Brooklyn from his previous marriage. The father-daughter duo of Marcus and Brooklyn share a lovely bond and seem pretty close with one another. Alongside Marcus, his fiance Brooke also has got a son named London who has cerebral palsy.

If Marcus Black’s girlfriend Brooke end up marrying with him then they will make a perfect small family. Plus who knows, they might also add a new member to their family.

As stated earlier, Marcus Black is also a rapper. You can find his songs on different online sites and listen to it.