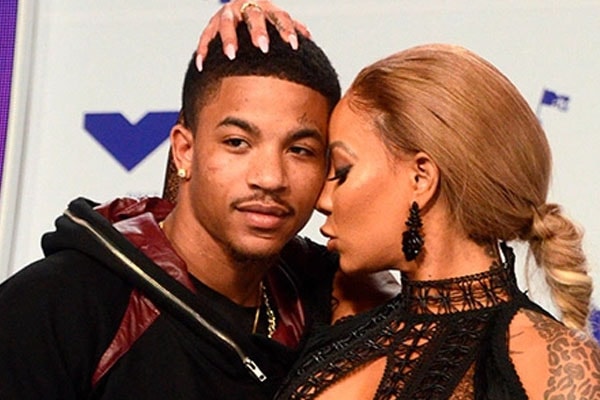 The Love & Hip Hop: Hollywood star Hazel E has been in a loving relationship with her boyfriend Rose Burgundy for over 19 months now. Even though the two are madly in love with one another, Hazel E’s mother Angela has stated her inconvenience and wants her daughter to find a guy like Daniel “Booby” Gibson.

Hazel E is a reality TV star and a rapper who has released many EPs under her name. As for her boyfriend Rose Burgundy, he is an upcoming rapper in the music industry.

Everything was going fine in the life of Rose Burgundy’s girlfriend Hazel E until she decided for her boyfriend Rose to meet up with her mother, Angela. Hazel planned a meeting of Angela and Rose at LA hotspot Izakaya & Bar Fu-ga which didn’t go as planned.

For people who don’t know, there is an age gap of 18 years between Hazel E and her current beau Rose. Looking at this pair the term “age is just a number” feels right. Along with that, Hazel E’s mother Angela has already got concerns for her firstborn dating a younger man.

When the meeting goes down, like many normal teens Hazel E’s boyfriend Rose Burgundy documents their first meeting with mother Angela on his Instagram which by the looks of it doesn’t please Angela. And later when asked about his job, Rose states that he does a little bit of everything for his girlfriend Hazel E’s business. The tension reaches a new height when Rose says that he wants to marry Hazel E.

We bet after hearing the statement of Hazel E’s boyfriend many people’s jaw must have been dropped on the floor. As the conversation continues, Angela asks Rose to give the mother-daughter duo some alone time to talk. When Angela asks her daughter Hazel E about where this relationship is going for which Hazel responds, if she is with Rose for five years then he will give her the prettiest babies.

After all, is done, Angela asks her daughter to find a baller guy like Daniel “Booby” Gibson. But unfortunately, Daniel has found a new love interest in Brooke Valentine.

Now only time will tell what the future holds for Hazel E and her boyfriend, Rose Burgundy.