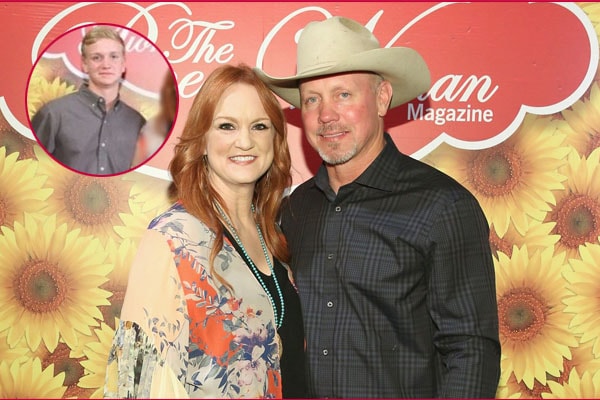 Ree Drummond‘s son Bryce Drummond was born in 2003. She has Bryce with husband Ladd Drummond. Bryce’s mother Ree Drummond is a renowned blogger and host of the superhit cooking show The Pioneer Woman while his father Ladd Drummond is an American millionaire rancher originally from Oklahoma. Bryce’s parents are married since September 21, 1996.

Bryce Drummond is one of Ree and Ladd’s younger son. He has two other elder sisters named Paige Drummond, Alex Drummond; and a younger brother, Todd Drummond.

Bryce Drummond Is The Teen Son Of The Drummond Family

Unlike Bryce’s elder, two sisters who were homeschooled, he got the opportunity to learn outside his house. Ree’s son Bryce is currently attending Pawhuska High School while also completing his courses online. It seems obvious that Bryce has big plans ahead of him as he starts to look at higher education.

Bryce Drummond Has Three Other Siblings

As mentioned earlier, Bryce is not the only child born to Drummond couple. He has two elder siblings, Alex, and Paige as sisters; and a younger brother as Todd.

Bryce’s eldest sister, Alex is quite known among the four siblings. Alex was also the first of the Drummond children to join the college at Texas A&M University and to complete her degree.

While Bryce’s other elder sister Paige is also as famous as her sister Alex. She is currently attending her college at the University of Arkansas. Paige also came into limelight when she was arrested for public intoxication and possession of alcohol by a person under 21 years of age.

However, Bryce’s younger brother Todd is not so popular as his other siblings. There is not much information regarding his teen brother Todd. Nevertheless, it clearly seems that Drummond children have a very strong bond together and help each other in need.

Bryce Drummond is the boy name of English origin meaning “son of a nobleman”.