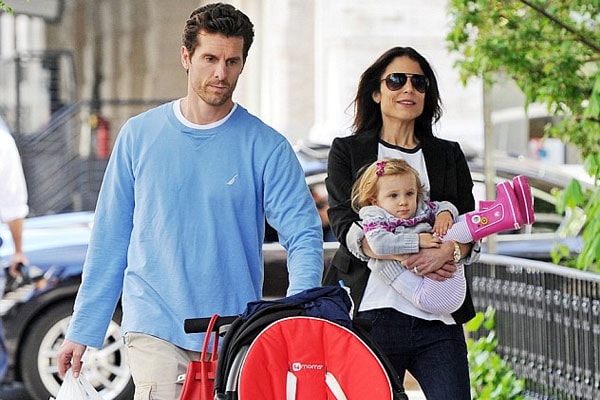 Bethenny Frankel with her daughter and ex-husband

On the 8th of May 2010, Bryn Hoppy was introduced to this world as the daughter of actress Bethenny Frankel and businessperson Jason Hoppy. Bethenny Frankel’s daughter, Bryn weighed 4 pounds and 12 ounces. Both parents were excited to welcome their first child.

The “The Real Housewives of New York City,”actress Bethenny got married to businessman Jason in March of 2010. Only after two years of marriage, the ex-couple separated and in January 2013, Bethenny filed for a divorce.

One thing is for sure, Bethenny Frankel’s daughter Bryn Hoppy has inherited the good looks of her mother. After the divorce, the ex-pair were sharing the joint custody of their daughter. But in last December, Bethenny filed for sole custody of her daughter.

The 8-year-old daughter of Bethenny Frankel, Bryn has to go through such troubles at such a young age as a judge wants Bryn to see a psychiatrist. The judge stated that the bitterness between the parents had created a terrible environment for Bryn.

Despite the fact, Bryn has got a lovely connection with both of her parents. She can be spotted in a different location with either parent. At times Bethenny Frankel’s daughter, Bryn is seen eating Ice cream and pretzels with her mother.

Or at other times roaming around New York on the shoulders of her father, Jason Hoppy.

Although having differences with one another, the judge has ordered both of them to share the custody of their daughter Bryn. Like them, Ryan Dorsey and Ex-Wife Naya Rivera also share joint custody of son Josey.

Another Heartbreak for Bethenny Frankel

Just when the judge denied for Bethenny’s sole custody of her daughter, she faced another heartbreak. Bethenny Frankel’s boyfriend Dennis Shields recently passed away from a suspected overdose.

Rest In Peace my sweet babies who gave me endless unconditional love. #nowandforever

Bethenny and Dennis had been friends for over 30 years and started dating in 2016. Poor Bethenny must be devasted as the one guy who was supporting her in her hard times died.

The name Bryn is borrowed from Welsh which means hill.