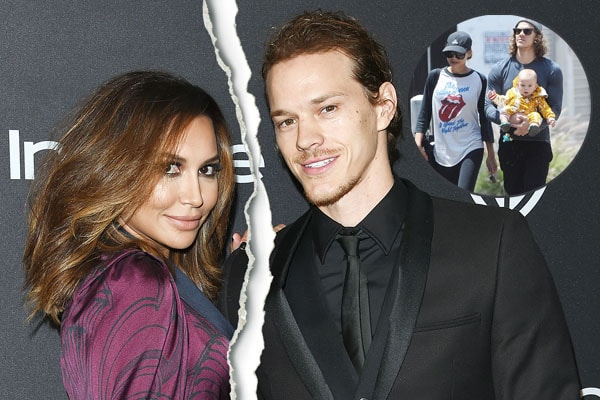 Finally, after filing twice for a divorce, Ryan Dorsey has split with ex-wife Naya Rivera. The ex-pair of Ryan Dorsey and Naya Rivera will share joint custody of their 2½-year-old son Josey Hollis.

Ryan Dorsey is an American actor who has acted in many series like Southland, The Mentalist, Shameless, and others. Likewise, Naya Rivera is also an American actress who got her breakthrough from an American musical comedy-drama, Glee.

After breaking up her engagement with Big Sean, Ryan and his ex-wife Naya surprised their fans by tying their knots. The ex-couple of Ryan Dorsey and Naya Rivera got married on the 19th of July, 2014 in Cabo San Lucas, Mexico.

On the 14th of June, 2018, L.A. Superior Court judge signed on the divorce paper of Ryan Dorsey and his ex-wife Naya Rivera. After the ex-couple got into a family dispute on Thanksgiving of 2017, the American actress Naya had filed for a divorce.

Before in the November of 2016, Rivera had filed for divorce from Ryan Dorsey but seemingly reconciled and dismissed the request in September 2017.

As per the joint request, both Naya Rivera and Ryan Dorsey share the joint physical and legal custody of their son Josey Hollis. The Glee actress Naya Rivera also made a one-time payment of $30,000 to Ryan Dorsey. Before having Josey, Naya had done an abortion.

In between the filings of divorce, the 31-year-old actress Naya Rivera was arrested after being charged with a misdemeanor domestic battery. Naya’s ex-husband Ryan Dorsey reported that his ex-wife struck him on the lip and head while walking with their son.

The Kanawha County Sheriff’s Office told that Naya was drunk. Naya was later released on a $1,000 PR bond, and the charge was dismissed later on.

During that time, the 35-year-old actor Ryan took on his Twitter to address the fans. He stated that it was a difficult time for their family and wanted the media to respect their privacy. 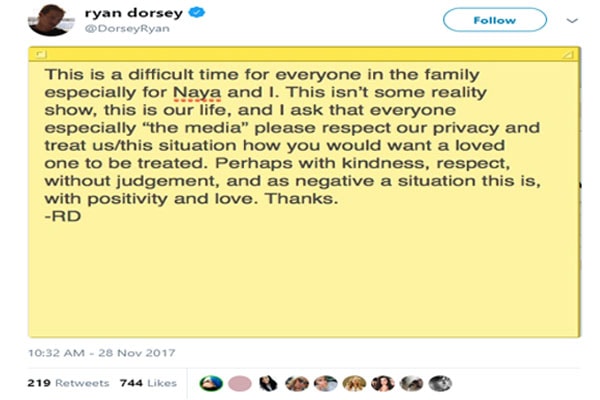 The news of Ryan Dorsey and Naya Rivera’s divorce was heartbreaking for many of their fans.