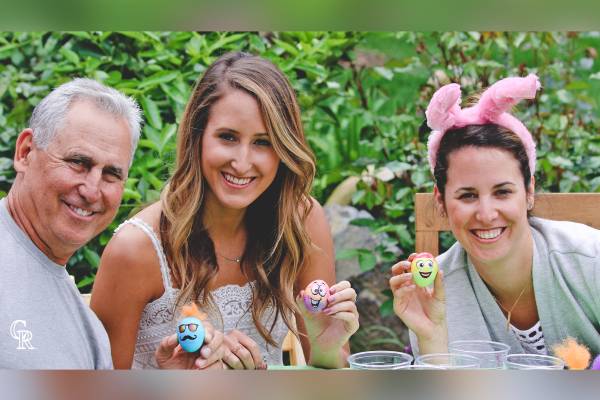 Harry Ralston “Bud” Black is a professional baseball manager who is currently serving as manager for the Colorado Rockies. He formerly played as a pitcher for almost two decades at the Kansas City Royals and Cleveland Indians. He has been involved in baseball for several years now and is one of the most well-known personalities in the sports world.

Bud Black has been married to Nanette Steffen for several years now. The couple who share two kids live a comfortable life together. In this article, let’s learn in detail about Bud Black’s daughters, Jessie Black, and Jamie Black, and what they are up to these days.

As mentioned earlier, Bud Black shares a blissful marital life with Nanette Steffen. The couple has welcomed two kids in their several years of togetherness. Among the two kids, Jamie Black is the eldest one but, it is unknown when she was born.

Furthermore, Jessie Black, born Jessie Helen Black, is the youngest daughter of Bud and Nanette. However, just like her elder sister, it is not known when she was born. The Black siblings must share a great bond.

As stated above, Bud Black is the former baseball player who now has managed different clubs. Seeing her dad involved in the sports field might have increased Jessie’s interest in sports. In addition, Jessie Black’s sister, Jamie is also into gymnastics.

Bud Black’s daughter, Jessie, competed at TRC Gymnastics in Solana Beach, California. She was also a member of the Level 9 Western National Championship team in 2009. In the years 2009 and 2010, Jessie qualified for Level 10 regionals.

Not only that, but Jessie was also a member of the National Honor Society and had received the Outstanding Academic Achievement Award in 2007-2010.

Is A College Gymnast

As mentioned above, Bud Black’s youngest child, Jessie Black, was into gymnastics and had participated in a few competitions during high school. After graduating, Jessie attended the University of Maryland, where she played for Maryland Terrapins. Furthermore, she was also recruited by Alaska, Pennsylvania, Yale, and California.

During her sophomore year in college, Jessie competed on bars in all 13 meets. She completed 17th on bars at the NCAA Fayetteville Regional. Moreover, she was named the EAGL All-Academic team twice and even received the Most Improved Award at the team banquet.

Bud Black’s daughter, Jessie, scored high points on bars at different championships and tournaments during her junior year. As a senior, she competed on bars in nine meets, where she recorded a career-high score of 9.875 on bars two times while competing with different teams. In March 2014, EAGL honored her as Co-specialist of the week.

Talking about her other achievements during her senior year of college, Jessie was named to the NACGC/W Scholastic All-America team. Furthermore, she gained All-EAGL Scholastic team honors. She is also the recipient of the gymnastics program’s Sylvester Watch Award for a student-athlete who demonstrated outrageousness in the face of adversity.

Looking at her achievements during her college days, Jessie seems to have a great time as a college gymnast. Even after graduation, she might have continued her career as a gymnast. However, what she is doing these days is yet to be known.

While Jessie’s passion was gymnastics, Bud Black’s baby girl, Jamie Black has a different career path. She had attended Oregon State University. Jamie currently works as an interior designer, so she might have chosen a relative course at university. However, it is unclear if she works for a company or if Jamie is an independent worker.

Nevertheless, Black might be doing great in her work and must be earning significantly. Furthermore, she is a married woman. She tied the knot with her long-time beau in 2016. The Colorado Rockies manager’s eldest child has a daughter making Bud a grandfather.

Jamie and Jessie must be living a great life away from the media limelight. Here’s hoping to learn more about Bud Black’s daughters, Jessie Black and Jamie Black, in the coming days.