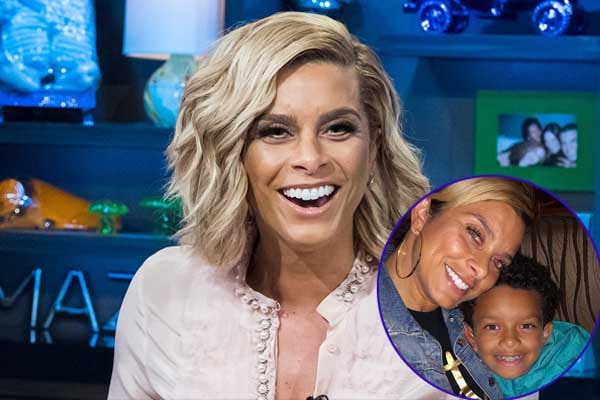 Did you know our beloved reality tv actress Robyn Dixon is a proud mother of two? Robyn Dixon has been the topic of gossip for quite a long time. She is one of the many housewives featured on the reality Tv-show Real Housewives of Potomac. She was previously married to Juan Dixon, her high school sweetheart, with him she shares two lovely children, Carter Dixon and Corey Dixon.

The pair tied their knot back on July 30, 2005, and welcomed their first child, a son named Corey Dixon, on  March 22, 2008. Whereas Robyn Dixon’s son Carter Dixon was born on September 13, 2009. He is the youngest son of the ex-pair. and is possibly loved the most in the family. To find out the reason why Carter is loved the most stay tuned ‘coz, we are about to answer that for you.

The Youngest Among The Two

The credit of that goes to mother Robyn because if she hadn’t taught her kids about the importance of brotherhood, then the bond between the brothers wouldn’t have been what it is now. So, it’s her teaching that is reflecting on her children.

Likewise, Robyn Dixon’s son not only shares a strong bond with his brother but also with his grandparents. Many pictures suggest he is quite close to his grandparents and loves spending time with them. Not only that, but he also adores his uncle, Robyn’s brother.

Furthermore, Carter’s grandma Gladys Bragg must surely bring chocolates whenever she visits her grandkids. She can also be seen supporting and cheering her grandkids during their matches. Plus, she has shared a lot of adorable pictures of Carter on her Instagram page, all of that point towards her being a lovely grandmother to Robyn Dixon’s children.

Robyn Finds Herself Lucky, Why?

Children are god’s gift, and Robyn has two of them under her wings, but one day they will grow wings of their own and take-off. Just picturing your kids going far away from you is hurtful, however, that’s life. And you should cherish every moment you spend with them ‘coz Robyn surely is.

Robyn finds her self lucky that her two kids have blessed her with motherhood. She is blessed that her two young men are beside her, and without a doubt, she loves them deeply. Plus, she says there isn’t a place in the whole world where she would rather be than snuggling with her two kids.

On his 8th birthday mother, Robyn shared a picture of Carter where he was sitting in front of a whiteboard. What was written behind him? Well, it was his description written by his classmates. They described Carter to be kind, smart, respectful, hard-working, athletic, awesome, and an amazing basketball player. But the one that describes him the best was, a great friend. Truly, Carter is all of that, but something they missed was hilarious, which his mother was kind enough to point out.

In addition to that, mother Robyn also shared a fantastic picture of Carter with a little something for her fan. She drew the attention of her fans towards her kids’ trophy collection. She clearly mentioned that Carter was catching up with his elder brother’s trophy collection. We can take a note that, though their brotherly bond, they also have a healthy competition going on. And why won’t they? as they have their father who is such a brilliant football player, and obviously they have inherited his competitive nature along with his good looks.

Hence, to conclude, Carter is a brilliant person with a competitive nature and lots of love for his family.