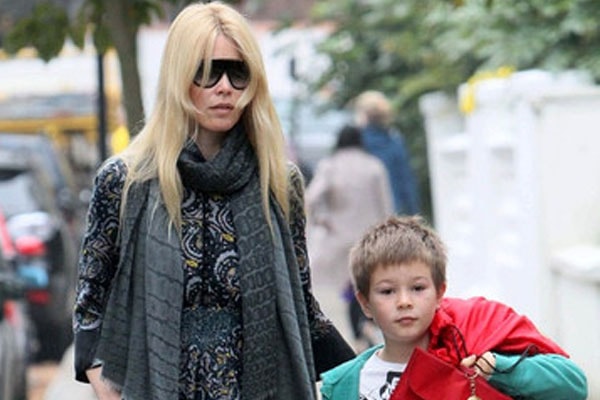 The German supermodel and fashion designer, Claudia Schiffer’s son, Caspar Matthew De Vere Drummond, was born on 30 January 2003 as the only son of the family, The eldest child, Casper, is the big brother of two beautiful baby sisters- Clementine Poppy and Cosima Violet.

Eldest Son of Claudia and Matthew

The adorable 14-years-old Caspar is the firstborn and the only child of Claudia with her film director husband, Matthew Vaughn. The little Caspar is the elder brother of two adorable siblings, Clementine and Cosima Violet. According to mother, Claudia, meeting Matthew and giving birth to Caspar has been the two most amazing moments of her life. The mother of three, Claudia, admits of never been happier than being happier than having her firstborn.

Despite being just a young teenage boy, Caspar takes care of his younger siblings like an adult and the brother-sister relationship is strong. Furthermore, the brother of two adorable sisters likes spending time with his family and the lovely family is inseparable.

Being the first child of the family, Caspar has spent the most time with his mother and has a special bond. The young teenager Caspar resembles Claudia and the mother-son duo are almost like the same person, The German supermodel believes her son is cut from the exact same tree as she is and Caspar does not mind the resemblance.

The baby boy, Caspar, has his surname from De Vere Drummond after Vaugh’s real father, George De Vere Drummond. The mother and son duo have a strong and intimate relationship and are often together. The family of five live blissfully in a lavish historic mansion in Suffolk

The name Casper is a variant of the name Caspar which is one of the traditional names of Biblical Magi. The majestic name is from the ancient Cladean word “Gizbar” which means “Treasurer”. The name, along with Gaspar was ascribed by popular tradition in Europe to one of the three Magi.