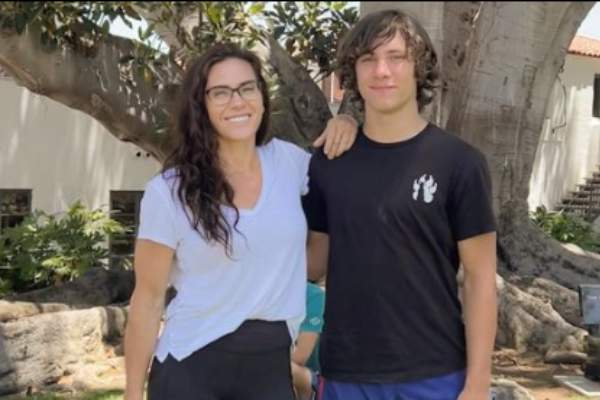 Cathilee Deborah Albert Zingano, famously known as Cat Zingano, was born on July 1, 1982. She is an American mixed martial artist who competes in the Women’s Featherweight division and is presently contracted to Bellator MMA. Additionally, Zingano participated in the Ultimate Fighting Championship (UFC), where on April 13, 2013, she became the first female to prevail by technical knockout in a UFC match.

Brayden Zingano was born in July 2006. The UFC fighter keeps her son’s life pretty private. Hence not much information is known about Cat Zingano’s son. As a child, he competed in the gi division at the Tournament of Champions in Colorado. While he took 2nd place, his mom won the weight and absolute division.

Moreover, according to some sources, it is said that Brayden Zingano’s grandparents, Barbara Albert and Jon Albert, support him and his mom in their career choices. So Brayden must have a healthy and supportive family.

Brayden Zingano’s Mom Strives To Set Example For Him

In the summer of 2013, a severe knee injury forced the unbeaten UFC women’s bantamweight contender to withdraw from a coaching position with Ronda Rousey on The Ultimate Fighter, along with the championship shot at Rousey’s belt. After that, when her 32-year old-husband, Mauricio, committed suicide in January of the same year, things became noticeably worse.

Furthermore, no matter how hopeless things appeared, Zingano was determined to prove to her child that a person can endure any obstacles life throws. Brayden Zingano’s mom has benefited dramatically from this laser-focused resilience. The single mother has become more vital than ever to set a good example for her son, despite her previous sorrow being the kind of thing one never really put in the past.

Cat Zingano’s son must be inspired by her determination and courage. While the absence of his late dad might affect his life, he’s got his mom, who has been doing everything she can to provide him with good things.

What Is Cat Zingano’s Son Doing?

Born in a professional mixed martial arts family, there is no doubt that Brayden was inspired by his mother and late father. The only child of a single mother seems to follow in his mother’s footsteps, as he has already competed in a fighting competition. However, from his Instagram, we can see that Cat Zingano’s baby boy is not just interested in martial arts.

Moreover, Brayden is interested in many hobbies, including hitting the gym, cooking, swimming, etc. It can also be seen that he loves practicing martial arts with his mother. Furthermore, Brayden loves to spend time with his dogs, family, and friends. Additionally, he seems very active and looks very enthusiastic about sports.

Well, it will be interesting to see if Cat Zingano’s son will follow in her footsteps in the fighting world. Nonetheless, we convey our best wishes to him.

The name Brayden has Irish, Scottish, and English origins, meaning wise and broad.