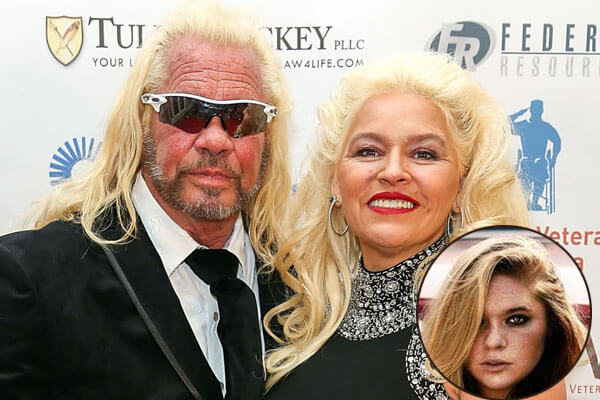 Duane Chapmen’s current wife Beth Chapman also went by her other name, Beth Smith. Beth was her husband Duane’s fifth wife. Furthermore, Cecily’s father Keith Barmore is her mother Beth Chapman’s first husband. Beth and Keith divorced in 1994, three years after her wedding on August 26, 1991. Beth’s divorce to ex-husband Keith came a year after their daughter Cecily was born in 1993.

Cecily Chapman’s relationship with her stepfather Dog The Bounty Hunter Chapman is like that of a real father and daughter. As a matter of fact, after Cecily’s mother, Beth Smith, split with ex-husband Keith Barmore, Dog Chapman adopted young Cecily as his daughter. Beth was married to current husband, Dog Chapman, since their wedding on May 20, 2006.

However, Cecily probably feels abandoned by her real father, Keith Barmore. Information about who Keith Barmore is and where he lives has not been made public. However, Cecily has a loving relationship with her stepdad Duane. And one thing, Cecily never misses wishing Duane on his birthday.

Duane Chapman’s adopted daughter Cecily enjoys working together with her father on the sets of his show, Dog The Bounty Hunter. She says that Dog inspires her through his successful career as a bounty hunter. The multitalented Cecily starred in her family’s show “Dog The Bounty Hunter” between 2003 and 2007.

Beth Smith’s Daughter Cecily Chapman Is In A Relationship

Cecily Barmore Chapman is the free-spirited daughter of her parents Beth Chapman and Duane Chapman. However, Cecily is also the hot girlfriend of her loving boyfriend Matty Smith, whose pictures she posts on her active Instagram. Cecily, who lives in Hawaii with her family, is currently dating her good-looking boyfriend, Matty. Cecily Chapman’s boyfriend Matty is a hard-working Brazilian plumber and jokinly calls her his wife, even though they’re not married.

Likewise, she is fond of capturing intimate moments and taking selfies with her brown-haired boyfriend. The hot reality TV star Cecily is in a committed dating relationship, and she seems to dedicate herself to keeping her love life fun and exciting.

Apart from her immediate family, Cecily Chapman also has three half-siblings through her mother Beth’s marriage to Duane Dog Chapman. Cecily’s half-sister is the gorgeous Bonnie Chapman, while her half-brothers are Garry Chapman and Dominic Davis. Cecily’s mother Beth was battling with longterm cancer, which reportedly returned to haunting the bounty hunter wife’s health. However, Beth couldn’t make it and lost her life on June 26, 2019.

Cecily, the feminine form of Cecil, which simply means “blind.”