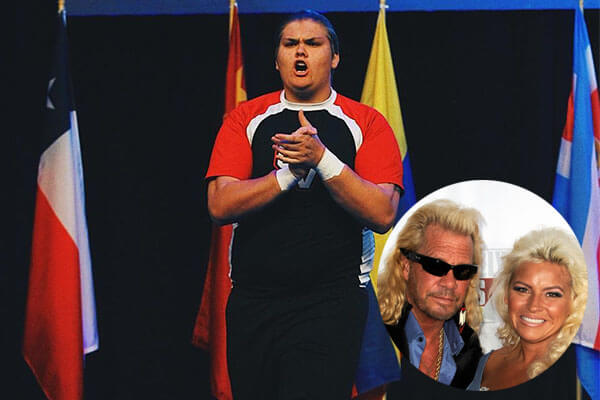 According to Garry’s Twitter bio, he is a certified scuba diving instructor, as well as a co-star of the reality television series Dog The Bounty Hunter. He starred in the popular show with his family members, including his mother Beth, father Duane Dog and other siblings and half-siblings from Duane’s other marriages. Duane was also married to La Fonda Sue Honeycutt.

As the popular saying goes, “like father, like son”. The same goes true for the Chapmans, especially Duane’s son Garry Chapman. Garry, who recently celebrated his 18th birthday is a fugitive rescuer aka bounty hunter. Garry is also a professional scuba diving instructor and is enthusiastic about hunting in the wild.

Garry’s father Duane, who also goes by Dog, is one of the world’s highest-earning bounty hunters, with his own long-running television show about bounty hunting, named “Dog The Bounty Hunter”. Moreover, the aspiring bail bondsman Garry recently took to his Twitter to wish his father a Happy Birthday!

Likewise, Garry’s mother Beth and his siblings Bonnie and Dominic, were also happy for the young man’s interest in making a living through hunting for bounties. All thanks to Duane Chapman, the Chapmans have taken up bounty hunting as a family profession and enterprise,

Besides Garry, Duane Chapman has one more son and a daughter with his wife, Beth. They are, Garry’s sister Bonnie Chapman and his brother Dominic Davis. Further, Garry’s half-sister, Cecily Chapman, was born through his mother’s marriage with Keith A. Barmore. As for his social media, Garry is active on his official Twitter and Instagram accounts, with combined 40K+ followers as of April 2019.

Garry is an Irish baby name, meaning “hard” or “bold spear”. Such an apt name for a tough hunter son!