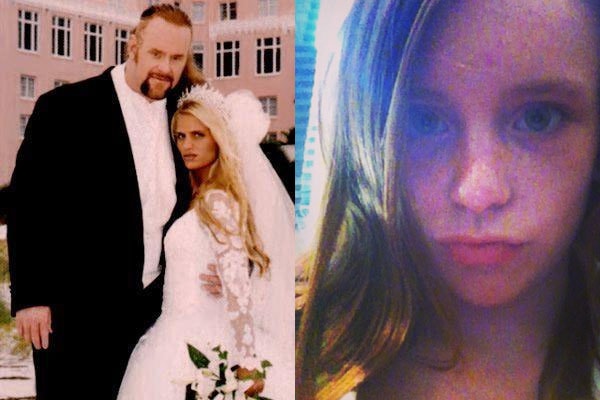 The Undertaker and ex-wife Sara Calaway with daughter Chasey Calaway

Mark William Calaway aka The Undertaker‘s daughter Chasey Calaway was born on the 21st of November 2002. Chasey is Undertaker’s eldest daughter. The Undertaker had Chasey with his ex-wife Sara Calaway.

The lovely Chasey Calaway has a younger sister named Gracie Calaway. Apart from that, Chasey has got an elder half-brother named Gunner Vincent Calaway, The Undertaker’s son with ex-wife Jodi Lynn. She also has got a younger half-sister named Kaia Faith Calaway, daughter of The Undertaker with wife Michelle McCool.

The Undertaker’s Daughter Chasey Calaway, Away From Social Media

It’s been a while since Chasey has updated the feed of her social media accounts. There was a time when the 15-year-old Chasey filled her Twitter and Instagram wall with random stuff, but it’s been over four years now since she last uploaded something.

In the past, Chasey rarely uploaded her photos and rather than that she uploaded pictures of her pet frog or cat and sometimes post asking to rate her. But at times she posted her photos and videos. Plus looking at one video, we can admit that The Undertaker’s daughter Chasey Calaway has got a melodious voice.

Many fans of Chasey Calaway’s father often commented on her posts asking if she is the daughter of the wrestler The Undertaker or not? If we are to compare the pictures of The Undertaker and his daughter Chasey they surely have a similar face.

It’s no surprise that every daughter has got a special place for her father, and the same is the case with Chasey. Back when she was active on Twiter, she often tweeted about her daddy, The Undertaker. Looking at some tweets, we can see how much love and respect the beautiful Chasey has got for him.

In 2014 when Brock Lesnar defeated The Undertaker at WWE WrestleMania 30, he was hospitalized after the match. Chasey had tweeted about how Brock had cheated. And after The Undertaker was released from the hospital, Chasey again posted a sweet status stating how amazing her father is.

The name Chasey is originated from the word Chase. It is a surname mostly used in England which means “dweller at the hunting ground.”