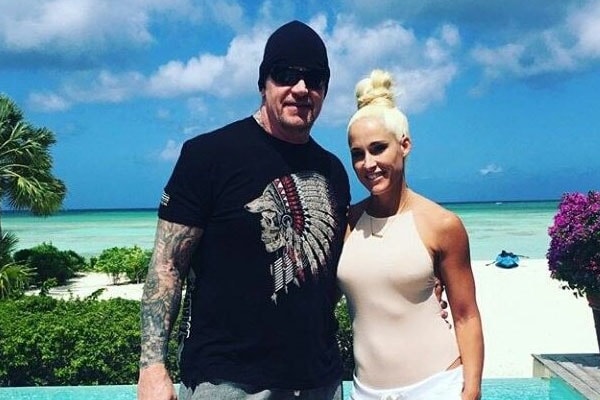 Kaia Faith Calaway Stays Away From The Media

A lot of celebrity parents follow a certain kind of rule, and that is not to reveal their kid’s faces. Both of Kaia Faith’s parents are yet to show the face of her. It’s not like that there are no photos of The Undertaker’s daughter Kaia Faith Calaway, well, there are, but every time Michelle uploads the picture of her little one she makes sure to hide her face with a sticker or just show her back.

Since her father, The Undertaker is occupied in his work most of the time; the little Kaia Faith spends most of her time with her mother. The mother-daughter duo goes on playing tennis, horseriding, cycling, and other many more fun-filled activities.

The name Kaia is the derived form of Hawaiian kai which means the sea. It is also a form of Kaja, a Scandinavian name. As for the name, Faith stands as a confidence or trust in someone or something.