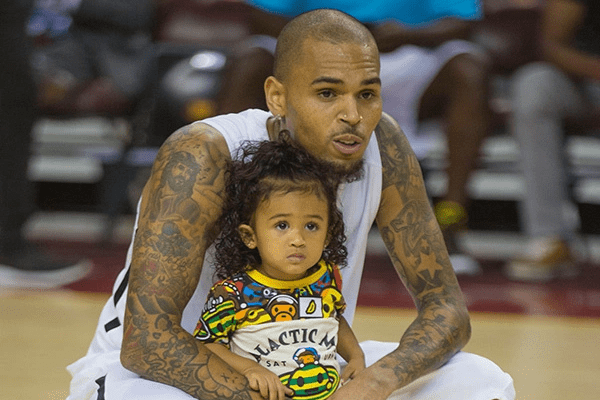 R&B artist Chris Brown’s personal life has been very troublesome so far. With cases of public fights as well as domestic violence, he is always in the spotlight for the wrong reasons. But he is able to find happiness in his life thanks to his beautiful daughter Royalty Brown.

Royalty Brown is the daughter of Chris Brown and was born to the close friend of Chris, model Nia Guzman. She was born on May 27, 2014. Initially, there was confusion as to who’s the father of the newly born baby girl is, with people speculating it to be Chris Brown. That turned out to be true as it was confirmed several months later via a DNA test. And seeing how cute and lovely young Royalty Brown is, Chris Brown is very lucky to have her as his daughter.

Royalty is a cute little girl and at 4 years of age, still has a lot to learn and grow. She looks like a princess and is treated as such by her father. She has inherited the good looks and charm of her father and already looks like a star. The little girl is so cute that she has already affirmed herself as a future megastar.

And 4-year-old Royalty has not only inherited the good looks of her father, but she has also inherited the dancing skills of Chris Brown. At such a young age, she dances incredibly, and we got to see her dance to the song “Party.” And, her moves were electric, signaling that there are big things set in stone for her future.

Chris clearly loves her daughter too much as he threw a massive party on Royalty’s fourth birthday. He reported spent a massive $30,000 on the party, with Disney princesses like Jasmine and Cinderella being called upon to entertain little Royalty. Chris even set aside his problems with Royalty’s mother Nia Guzman so they could jointly host the party for their daughter.

Chris and Royalty’s relationship is so deep that Chris has started a kids clothing line under Royalty’s name. The company was started in 2017, making Royalty an entrepreneur at the tender age of 3. Her mother Nia assists her in running the clothing line.

Chris obviously loves her daughter very much, and it is pretty visible to us. Despite there being confusion during her birth, Chris is very lucky to have a daughter as lovely and charming as Royalty Brown.

The name Royalty has the meaning in the name itself, it means of royal status or blood.