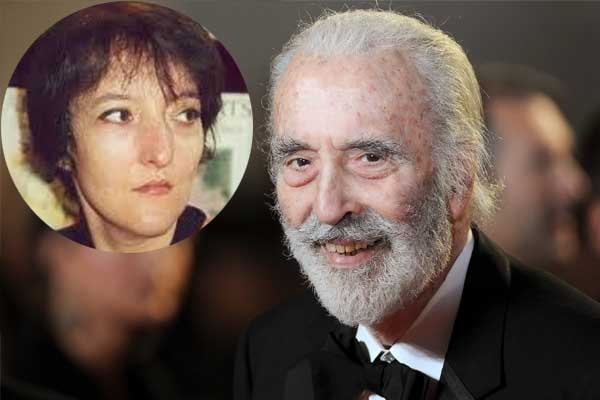 Christopher Lee is a horror icon best known as Count Dracula. He is also the father of Christina Lee. Image Source: Getty Images.

Born on November 23rd. 1963, Christina Erika Carandini Lee is the daughter of the legendary actor, Christopher Lee. Christopher was an English actor, singer, and author. He also had a remarkable acting career, which lasted nearly 70 years. Christopher Lee was best known for his role as the infamous Count Dracula.

Sir Christopher Lee married the love of his life Birgit Kroencke on 17th March 1961. The couple was together until death separated them as Christopher passed away on June 17, 2015. The lovely pair shared their marital life for about fifty-four years and had only one child, a daughter. So, today we will learn more about the only daughter of the legendary actor, Christopher.

While Christopher was still alive, he was accompanied by his better-half and beloved daughter to most of the places he went to. Whether it was an event or just a party, Christopher rarely showed up alone. We can conclude how much of a great bonding the father-daughter duo shared.

Apart from that, when Christopher Lee’s daughter Christina was just a child, he used to read her Peter Pan storybook. He also took his little daughter to the park, where the three of them used to spend family time together.

We all know how much of a great actor Sir Christopher was. He was one of the best actors ever to play the part of Count Dracula. For horror fans, it was a significant loss to lose someone like Christopher Lee. Christina Erika’s father was an icon, a legend in the horror genre. The passing of Christopher shook everyone in the entertainment industry. From the likes of Tim Burton to Roger Moore, everyone showed their gratitude towards the legendary actor.

That said, Christopher Lee’s daughter has appeared two times on-screen. According to her IMDb profile, she has been part of two documentary shows namely This Is Your Life and Christopher Lee – Gentleman des Grauens. She is also married to her better-half Juan Rodriguez since July 28, 2001. Though the question regarding if Christina is a mother and has children or not is yet to be answered.

Christina Erika Lee’s first name is of Latin origin, meaning Follower of Christ. As for her middle name Erika, it is a feminine form of Eric, derived from Old Norse. The meaning of Erika is eternal ruler, ever-powerful.