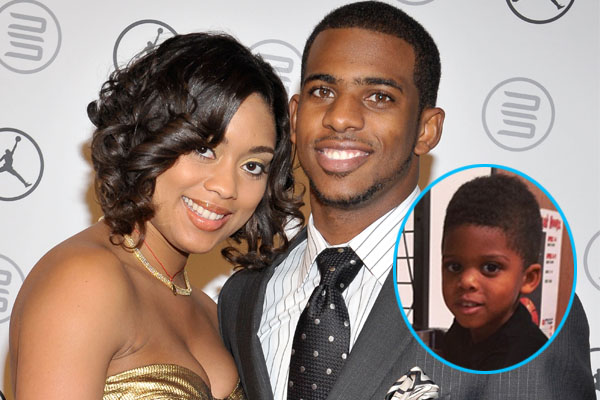 Christopher Emmanuel Paul II, Chris Paul’s son with Jada Crawley, was born on May 23, 2009. Christopher is the first child of Chris and Jada. Their youngest child is a daughter named Camryn Alexis Paul.

The NBA star Chris Paul and Jada Crawley tied the knot on September 10, 2011, after the birth of their son Christopher. Chris and Jada are living happily with their two adorable children in Bel Air.

Christopher Emmanuel Paul Is As Cool As His Dad Chris Paul

The superstar Clippers Chris Paul’s son Christopher is already famous on the internet. He has an Instagram account by the name littlechrisp which has over three hundred thousand followers as of 2019. The account is handled by his parents Chris Paul and Jada Crawley. Unlike some of the celebrity who maintain strong privacy of their children, Chris and Jada do not have a problem with sharing the life of Christopher in social media.

We can already see that Chris Paul’s son Christopher Emmanuel Paul II is the next Chris Paul. They both share the same enthusiasm and passion for the ball. He has even collected numerous trophies from the basketball tournament. We can say for sure that he will reign the court in the near future and keep the legacy of his father, Chris Paul.

Little Christopher Emmanuel Paul II is an all-rounder as he has undeniably inherited the spirit for sports from his NBA superstar dad Chris Paul. Not only basketball but he is a good soccer player too. He is energetic and adventurous. He actively takes part in school outdoor activities.

Christopher has good bonding with all of his family members. He can be seen attending different social functions with his family. We cannot miss mentioning he loves his baby sister Camryn Alexis Paul. He is such a good son and sibling. It is one of the reasons why everyone likes and adores him.

We are well aware that Christopher Emmanuel Paul II shares the same name with his dad Chris Paul. Christopher is an English name which means bearer of Christ. Similarly, Emmanuel is derived from Hebrew name Immanuel which means God with us.