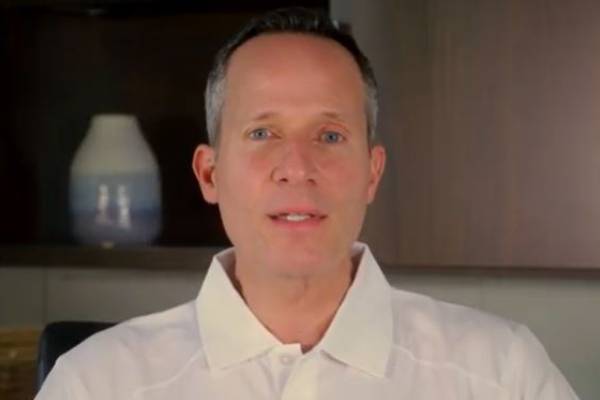 Christopher Ilitch has three children who have stayed away from the spotlight. Image Source: Social Media.

Christopher Ilitch has made a name for himself in the business world as the CEO and president of the holding company Ilitch Holdings. Moreover, the company owns the MLB team, Detroit Tigers, and the NFL team Detroit Red Wings, which have helped Chris become famous among their respective fan base.

Due to his popularity, the businessman’s personal life is a point of interest for many. Especially, people are eager to find out more about Christopher Ilitch’s children, who will undoubtedly inherit the multi-billion dollar business.

So, here is everything that is known about Ilitch’s three kids.

The CEO and president of Ilitch Holdings has been married to his wife, Kelle Ilitch, since 2001. The couple first met during a Detroit Red Wings game in the Joe Louis Arena and dated for a while.

Since tying the knot in 2001, Christopher Ilitch and his spouse, Kelle Ilitch, have welcomed three kids together.

However, the pair are very protective of their privacy, so information about Christopher Ilitch’s children, including their names, is still a mystery.

Christopher Ilitch’s Children Are Part Of A Famous Family

Many in Detriot recognize the name Ilitch since the family has been involved in various sectors in the city. The family patriarch, Mike Ilitch, was involved in the city’s redevelopment efforts and was a very successful businessman there.

Mike, who is the grandfather of the young Ilitch siblings, founded the fast-food franchise Little Caesars Pizza with his wife, Marian Bayoff Ilitch. The couple then branched out to other sectors like restaurants, entertainment, sports, and gaming.

On this day in 1959:
Mike and Marian Ilitch found Little Caesars Pizza by opening its Garden City store. pic.twitter.com/s6EpGdvJ8B

Apart from their professional success, the Ilitch pair also found immense happiness in their personal life. They welcomed seven children together, many of whom were involved in the family business. Their youngest kid, Christopher, inherited the business and has successfully handled the operations.

Sadly, Ronald, aka Ron Ilitch, who was not a part of the family business, was found dead in February 2018 in his hotel room. He was only 61 and passed away only a year after his father, Mike’s death.

Moreover, since they come from a big family, Christopher Ilitch’s kids must have had a joyful childhood. They probably have a close and with their aunts, uncles, and their respective family.

The Ilitch Siblings Are Heir To Multi-billion Dollar Company

Aforementioned, Christopher Ilitch inherited the Ilitch empire after his father died in 2017. Since then, he has helped the company succeed even more. Ilitch’s siblings, on the other hand, seem to have stayed away from the business.

Mike and Marian Ilitch were reportedly worth $6.1 billion as per Forbes’ 2016 World’s Billionaires list. And as the successor of his parents’ company, Christopher also undoubtedly has millions if not billions of dollars to his name.

Moreover, since Ilitch is the sole member of the family heading the business, his kids are among the primary heir to the billion-dollar company. Who knows, Christopher Ilitch might be training his children to take over the business in the coming days.

Currently, Christopher Ilitch’s children reside in Detriot, away from the media intrusion. The businessman and his wife have worked hard to protect their privacy for years. But let’s hope we will get to learn more about the three Ilitch siblings in the coming days.