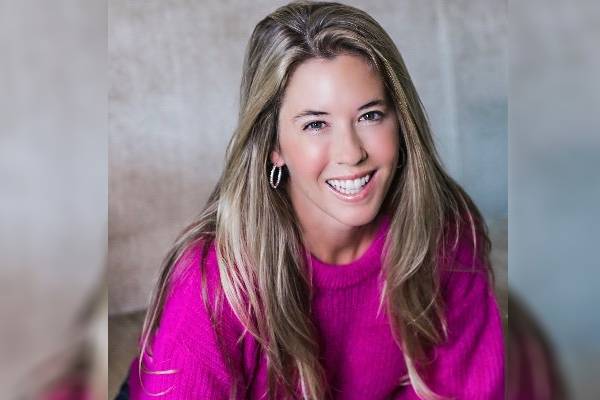 Kelle Ilitch is best recognized as the wife of businessman Christopher Ilitch, the CEO and president of Ilitch Holdings, Inc. Christopher is famous for his association with the beloved Major League Baseball team, Detroit Tigers.

As a result of the fame that being an MLB club chairman has brought on, people are eager to know more about Christopher and his personal life. So, today let’s learn some interesting facts about Christopher Ilitch’s wife, Kelle Ilitch.

Married To The Businessman Since 2001

While the Ilitch couple is very private about their lives, it is a known fact they have been married since 2001. Christopher Ilitch first met his future wife, Kelle, during one of the Detroit Red Wings games in the Joe Louis Arena concourse.

Christopher is passionate about ice hockey, having played for his high school team. So, it is no surprise that he found the love of his life during an NHL game. And while we know where Chris and Kelle met, it is unclear when this happy incident happened.

The private couple might have dated for a while before tying the knot in an intimate ceremony in 2001. And twenty years into their marriage, the Ilitch pair are parents to three kids. And much like details about their marital life, Kelle and Christopher Ilitch’s children are also hidden from the public eyes.

Kelle Ilitch’s husband is the CEO and president of the holding company that oversees numerous successful businesses like Little Caesars Pizza, MotorCity Casino Hotel, Detroit Red Wings, and Detroit Tigers. But Kelle herself is an entrepreneur, having established a pilate studio in West Bloomfield, Detroit.

Christopher Ilitch’s wife, Kelle, is trained in pilates and co-founded the studio and boutique Pure Element Pilates in Michigan. She and her business partner Laura Cronberger established the studio in 2008 and designed classes that help various age groups and body types.

However, it is unclear if Kelle is still involved in the business. She seems to have shifted her focus to philanthropy and the Ilitch family business. Nevertheless, she must have earned quite a big sum from the pilates studio.

Aforementioned, Christopher Ilitch’s wife, Kelle, seems to have focused on philanthropy rather than running her business. She serves as one of the Board of Directors for the non-profit organization, Ilitch Charities.

The Detroit-based organization has given more than $35 million to other non-profits and invested in the community. Kelle Ilitch is also a Child & Education Advocate for the Detroit Children’s Fund.

Moreover, Kelle and her husband, Christopher, were inducted into the Catch Charity’s Hall of Fame in 2018. They were awarded the honor for their commitment and dedication to supporting children in the community.

Congratulations to Kelle and Christopher Ilitch, who were honored as the newest members of the @CATCHCHARITY Hall of Fame for their commitment to supporting children in our community. pic.twitter.com/LjudZEyG9b

Kelle Ilitch has dedicated her time to the betterment of the community, which shows how big her heart is.

However, she was embroiled in some controversial takes a few years back.

Kelle Ilitch Was Under Scrutiny In 2017

As per MoneyInc, in 2017, reports suggested that Kelle had been talking about her husband’s intention to sell the Detroit Tigers as well as the Red Wings. It also stated that the move was due to the family’s concern regarding tax issues.

While the news made a big splash, nothing obviously came out of it as Ilitch Holdings still owns the two professional sports teams. Moreover, the holding company did not comment on the matter, and there is no truth to it. Instead, it seems like the news was cycled to paint a bad picture of Kelle and her husband.

Nevertheless, the private couple has kept quiet about the issue just like they always did in regards to their life. Also, it seems like this incident did not hamper their relationship as the lovely duo are still together.

We hope that Christopher Ilitch and his wife, Kelle Ilitch, continue to enjoy their life together. Also, let’s hope we will get to learn more about the beautiful Kelle soon.