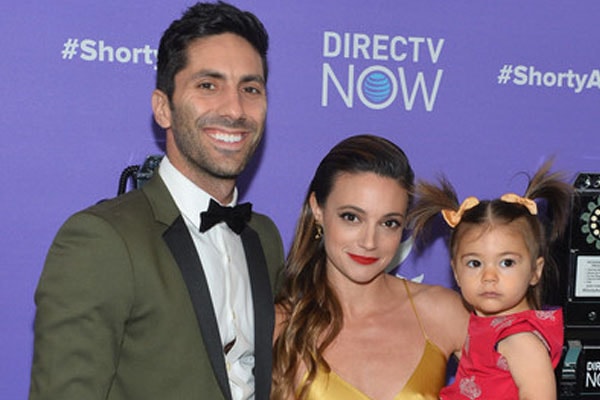 The adorable daughter of Nev Schulman and Laura Perlongo, Cleo James was born on 21st October of 2016 in the United States. She comes from a family of the famous reality TV star. As of now, she is attending pre-school.

On 21st October, Nev Schulman announced that they welcomed their first child as a daughter through Instagram. Cleo is not only the child in the house, but she also has a younger brother named Beau Bobby Bruce.

Reality TV Catfish star Nev Schulman’s daughter Cleo attend the different event with her parents. It seems she loves to enjoy being out and meet new people. On 14th April 2018, She attended Annual Shorty Awards at PlayStation Theater in New York along with her father and mother.

Cleo James was delighted to be part of the program. She also took a picture with Sam Carell and Tinkerbelle The dog.

Cleo James is Close to Father

Cleo James loves to spend quality time with her family. But It seems she is closer to her father. Going through Nev Schulman’s Instagram, we found tons of pictures with his daughter.

When Cleo was born Nev Schulman shared a picture of her daughter and announced welcomed their first child. On the same image, he also captioned writing baby girl has finally arrived. By the time of her birth, she was weighing 6lbs 10oz.

Recently her father shared a picture of Cleo attending her first day at school.

In the picture, she is looking so happy and cute at the same time.

No one knows what the future holds for her. It is a big question about whether she will follow the footstep of her father or not.

Cleo is a short name of Cleopatra or Cleophus, which is a Greek prefix often mean ‘pride,’ ‘fame’ or ‘glory.’