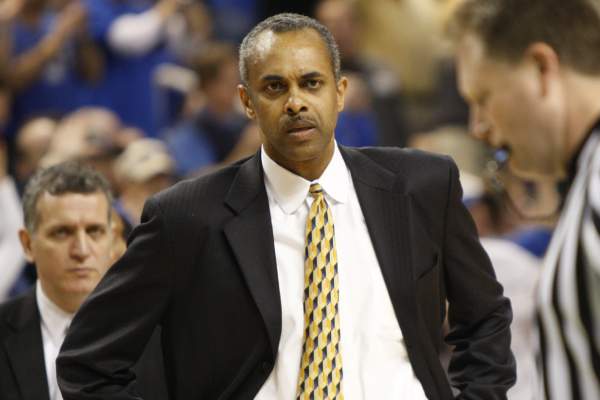 Aside from being a successful coach, Hewitt is a family man and enjoys a blissful life with his wife, Dawnette Hewitt, and kids. Many fans must be curious to know how his little ones are growing up. So, we will learn more about Paul Hewitt’s children in this article.

As mentioned above, the basketball coach is a loving and doting father of his three children. All three of his kids are girls whom he shares with his beloved spouse, Dawnette. Paul Hewitt‘s daughters are Olivia Hewitt, Danielle Hewitt, and Kayla Hewitt. Well, the birth details of Hewitt’s baby girls have not been revealed yet, so it is difficult to assume their ages.

In fact, it is also unclear who among the Hewitt sisters is the oldest and the youngest. Still, looking at their pictures, the siblings don’t seem to have much age difference. Nonetheless, all of the 59-year-old’s kids have grown up to be gorgeous young adults and are living their own lives.

Olivia Works At Her Alma Mater

As per her LinkedIn profile, the Westminister graduate is currently working as an alumni interviewer at Georgetown University and also as a manager in PwC‘s management consulting workforce transformation practice. She also has a Facebook account but hasn’t made a public post since August 2021.

Likewise, Paul Hewitt’s daughter also has a private Instagram account. Considerably, Olivia appears to be a private person who prefers to live a low-key life. Hopefully, we will know more about her, including her lovelife, in the future.

Also Read: Know How Jason Terry’s Children Are Growing Up

Danielle completed her formal education at the Flint Hill High School in Oakton, Virginia. Then, she attended Georgetown University and earned a Bachelor’s degree in Economics and Film and Media Studies in 2018.

Also, Paul Hewitt’s little girl is currently working as a senior producer at Prologue Projects as well as a Podcast producer at Slate Magazine. Much like her sister, Danielle rarely posts on any of her social media accounts. It appears she is also a person of secrecy.

Kayla Works As An Editor

Just like her sibling, Kayla also attended the Flint Hill High School in Virginia. She later attended Georgetown University and graduated in 2021 with a Bachelor’s degree in American Studies and Film and Media Studies.

Currently, Paul Hewitt’s daughter is working as an editor and a producer at WAMU 88.5. Much like other Hewitt girls, Kayla also has not posted on her FB handle since 2021. However, she is the only one among her sisters who has a public IG account.

Going through her social media accounts, Kayla seems to enjoy spending time with her friends and family. While she posts pictures with them quite frequently, Kayla Hewitt’s boyfriend remains a mystery. It appears Paul Hewitt’s children are doing just fine on their own. Nonetheless, we wish the head coach and his family members lead a happy and prosperous life ahead.

Olivia is a Latin name and means “olive” or “olive tree.”

Danielle bears the meaning “God is my judge” and is the Latin female variant of the male name Daniel.